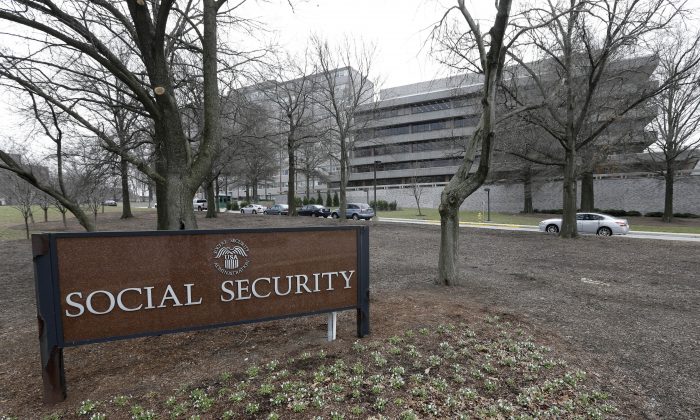 WASHINGTON—A senior Republican lawmaker wants to overhaul Social Security, the decades-old program that provides benefits to some 60 million retirees and disabled, with a plan to gradually increase the retirement age and slow the growth of benefits for higher-income workers.

Rep. Sam Johnson of Texas, the chairman of the House Ways and Means subcommittee on Social Security, introduced legislation just before the end of the congressional session last week that he said would “permanently save” the program while increasing some benefits for lower-income workers.

About 168 million people work and pay taxes toward the inevitable monthly Social Security benefits, and about 42 million of the beneficiaries are retirees and their families. The trustees who oversee Social Security say it has enough money to pay full benefits until 2034, and then Social Security will collect only enough taxes to pay 79 percent of benefits.

Unless Congress acts, millions of people on fixed incomes would get an automatic 21 percent cut in benefits.

“Americans want, need, and deserve for us to finally come up with a solution to saving this important program,” Johnson said.

Next year, with Donald Trump as president, congressional Republicans plan to try to dismantle many of President Barack Obama’s policies, from the health care law to environmental regulations. Medicare, a program created under another Democrat, Lyndon B. Johnson, is in the crosshairs of Speaker Paul Ryan, R-Wis., and Trump’s pick for Health and Human Services secretary, Rep. Tom Price.

Ryan and Price favor privatizing the program, arguing that a voucher-system is necessary to ensure Medicare’s long-term solvency.

Conservatives like Johnson, who have pushed their priorities for years under divided government, see an opportunity to tackle Social Security next year.

Johnson’s bill is designed to slow the growth of Social Security costs while boosting some minimum benefits for those who earned lower wages over longer careers. It would also limit the size of benefits for spouses and children of high-income earners, among other changes in how the benefits are calculated. Johnson’s office said the bill would treat all workers fairly by using a proportional formula that looks at all of an individual’s earnings over the course of his or her career.

But it’s unclear if his proposal—or any others to revise Social Security—will move. Trump, who enjoyed strong support from working-class Americans, promised during the campaign not to cut Social Security and Medicare. Ryan told CBS’ “60 Minutes” earlier this month that he has no plans to change Social Security.

The issue has long been unpopular on Capitol Hill, where many lawmakers from both parties are nervous about changing a program seniors rely on so heavily. President George W. Bush proposed a partial privatization of the program in his second term, but the effort failed in a Republican-led Congress and may have contributed to his party’s sweeping losses in the 2006 midterm elections.

Reform still remains unpopular among the general public, as well. A March poll by the Pew Research Center found 7 in 10 Americans said Social Security benefits should not be reduced in any way.

Neither Ryan nor the Republican chairman of the Ways and Means Committee, Texas Rep. Kevin Brady, would endorse Johnson’s bill.

Ryan has long been one of the most outspoken in his party on the need for entitlement reform, including Social Security. But he has indicated that he’s more likely to first focus on Medicare’s insolvency, now predicted for 2028.