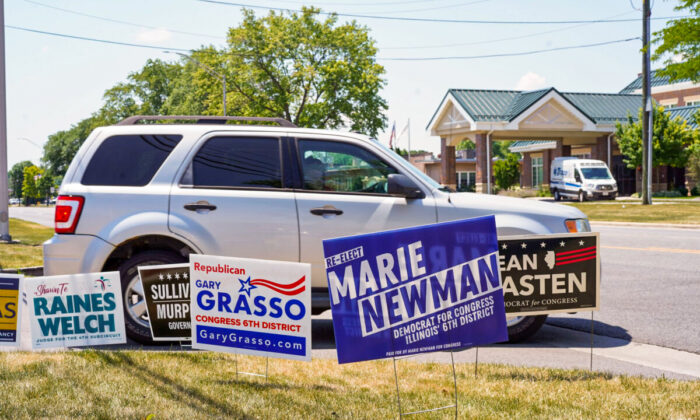 Republican Keith Pekau won a Republican U.S. House primary election in Illinois on June 28 and will face incumbent Rep. Sean Casten (D-Ill.) in the general election in the fall to represent the state’s 6th Congressional District.

Illinois’ 6th district is a Democratic-leaning House seat that is considered winnable by Republicans in a midterm year when the president’s party typically loses ground. Nationwide, Republicans need to flip a net of five House seats to gain the majority.

The district, which covers some of the most conservative Chicago suburbs, had the state’s only primary fight between two Democratic incumbents, Casten and first-term Rep. Marie Newman (D-Ill.)

The new map drawn by the state legislature last year redistricted Newman out of her old district, prompting her to seek reelection in Casten’s district instead.

Among the two, Casten positioned himself as more moderate than Newman. For example, on health care, Newman supports a single-payer, universal health care system while Casten favors keeping the private sector.

Casten has raised $3.2 million, almost twice that of Newman, according to campaign finance data published by Federal Election Commission (FEC.)

On issues, Grasso is more towards the center than Pekau. For example, Grasso is open to discussions on gun control measures, while Pekau thinks the focus should be on criminals, not guns.