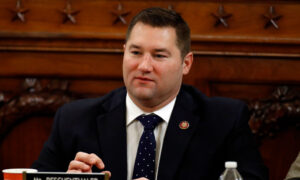 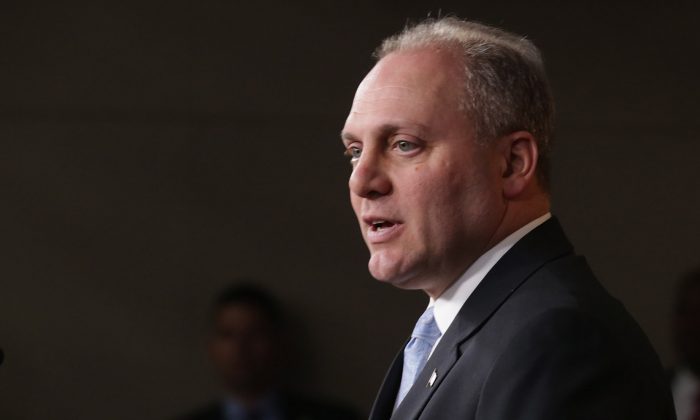 House Minority Whip Steve Scalise (R-La.) criticized presidential nominee Joe Biden’s energy plans, saying they would impact “hard-working families” and undo the progress the Trump administration has made in the economic recovery for the middle-class.

“When you look at what President Trump’s done to bring the energy industry back, we’re literally not only a dominant energy producer so that we can create our own energy, we’re now sending oil and natural gas to our friends all around the world,” Scalise told Fox News on Friday.

Scalise also praised Trump’s policies, saying they have helped the United States to become more energy independent and weaken dependence on the Organization of the Petroleum Exporting Countries (OPEC). He also praised the president’s withdrawal from the Paris Climate Accord, saying the move helped to strengthen U.S. energy and manufacturing jobs.

“The Paris Accord has been a failure. No country in Europe is even in compliance with it and they exempt China. China would take so many countries manufacturing jobs,” Scalise said. “We don’t want that to happen to America, we’re bringing manufacturing back. We need to strengthen our economy and focus on helping hard-working families become part of the middle class, not give China the gains that we’ve made over the Trump first term that we’ve had.”

The Trump administration started a formal process to withdraw from the Paris Accord in November 2019, which took a year to take effect.

According to Biden/Harris campaign energy highlights, Biden said if he wins the presidency, he would rejoin the Paris Climate Agreement and go further by convening “a climate world summit to directly engage the leaders of the major greenhouse gas-emitting nations of the world to persuade them to join the United States in making more ambitious national pledges, above and beyond the commitments they have already made.”

“We’re able to get low-cost energy in America. It not only helps us manufacture, which has rebuilt our middle class. You know, all these people, the hard-working families in all these states that you’ve talked about, they’re making a good income. Their wages were rising before COVID and we’re going to get back to those days,” said Scalise.

The Biden campaign did not immediately respond to the request for comment.