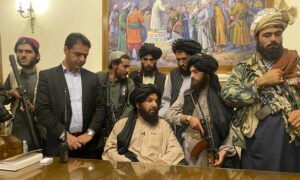 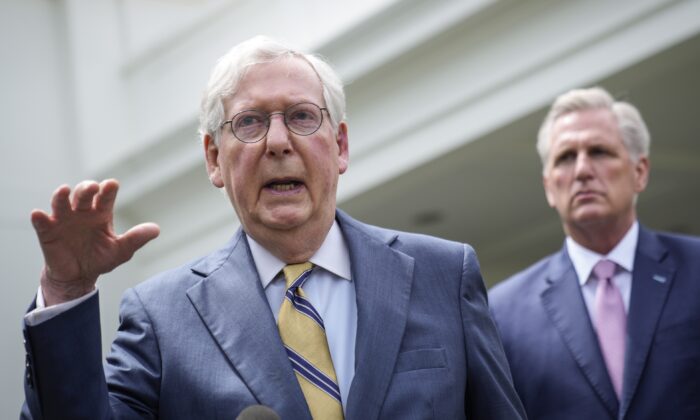 “It is of the utmost importance that the U.S. Government account for all U.S. citizens in Afghanistan and provide the necessary information and means of departure to all those Americans who desire to leave the country,” the GOP leaders wrote.

Biden told ABC News’ George Stephanopoulos that U.S. officials estimate there are between 10,000 to 15,000 Americans in Afghanistan and added that the “estimate we’re giving” is 50,000 to 65,000 Afghan allies, including family members.

A state department spokesperson recently told reporters that the number of U.S. citizens inside Afghanistan cannot be confirmed.

McCarthy and McConnell want the Biden administration to provide information about how many Americans remain in Afghanistan and their location; the administration’s plan to communicate with those citizens and evacuate those outside of Kabul; the Taliban’s security posture inside Kabul as it relates to the ability of Americans to travel to the airport; and the status of talks with the Taliban regarding the safety of U.S. citizens.

Outside the Kabul airport on Thursday, there were scenes of chaos, according to video footage posted online. The video shows what appear to be Afghan security forces or possibly foreign security forces opening fire while people scream. Details about the incident are not clear, and The Epoch Times cannot verify its authenticity.

When asked about the captured military equipment and weapons and whether American forces are attempting to prevent them from falling into the hands of the group, Maj. Gen. Hank Taylor responded, “I don’t have the answer to that question.”