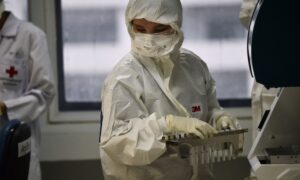 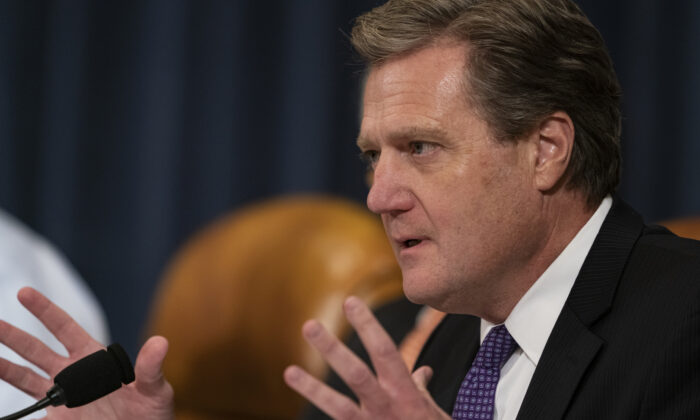 Congressman Mike Turner (R-Ohio) has introduced legislation to ensure oversight and transparency of all grantees and subgrantees who are awarded funds for research grants from the National Institutes of Health (NIH) in the wake of growing concerns that the CCP (Chinese Communist Party) virus pandemic may have been caused by a man-made virus escaping from a Chinese lab that received U.S. funding.

The EMPOWER NIH Act was authored in response to a lack of oversight for grants provided to nonprofit EcoHealth, which then gave those research funds to the Wuhan Institute of Virology (WIV).

There is suspicion that the WIV misused the funds to perform gain-of-function experimentation on coronaviruses, which can make them more lethal and was banned by NIH at the time.

“The U.S. had blind faith that all federal dollars for health research went to fight disease. However, the pandemic exposed how American taxpayers might have unknowingly funded dangerous research that put global health at risk,” said Turner. “My bill, the EMPOWER NIH Act, would create necessary oversight, transparency, and accountability measures to the federal grant process.”

According to the NIH, the agency devotes $41.7 billion on research through almost 50,000 grants annually. Current rules do not require inspections of the research facilities unless grantees file a formal complaint.

The NIH did not immediately respond to a request for comment.

Turner’s bill will require surprise in-person inspections and full reporting on the use of funds. The bill would also mandate that NIH submit an annual report of inspections and research projects. If a grantee or subgrantee fails an inspection, they will become ineligible for 5 years. If they purposely block an inspection for any reason, they will lose their eligibility for at least 15 years.

Dr. Anthony Fauci, director of the National Institute of Allergy and Infectious Diseases, has admitted that the NIH had awarded nearly $600,000 to EcoHealth Alliance in 2014 to study the risk of bat coronavirus emergence.

Some of the funding was channeled through subgrants to the Wuhan Institute of Virology, which is located in the same city where the CCP virus, which causes COVID-19, is believed to have first emerged.

The grant paperwork states that researchers would be using predictive models of host range. The models “will be tested experimentally using reverse genetics, pseudovirus, and receptor binding assays, and virus infection experiments across a range of cell cultures from different species and humanized mice,” the documents say.

Fauci told members of a Senate panel on May 11 that the National Institutes of Health “has not ever and does not now fund gain-of-function research in the Wuhan Institute of Virology.”

Republicans in the House are saying the grant appears to contradict Fauci’s claim that the NIH did not fund the controversial research and are calling on the whole of Congress to investigate the origin of the pandemic.

House Minority Leader Kevin McCarthy (R-Calif.) on June 23 laid out an eight-pronged plan focused on the communist regime and other bodies to “ensure Americans get the accountability and transparency they deserve.”

While the theory that the virus was the result of a leak from the Wuhan Institute of Virology (WIV) was labeled by a number of mainstream media outlets and experts as a “conspiracy theory” last year, it has recently regained traction as a growing number of scientists and officials have lent credence to the hypothesis.