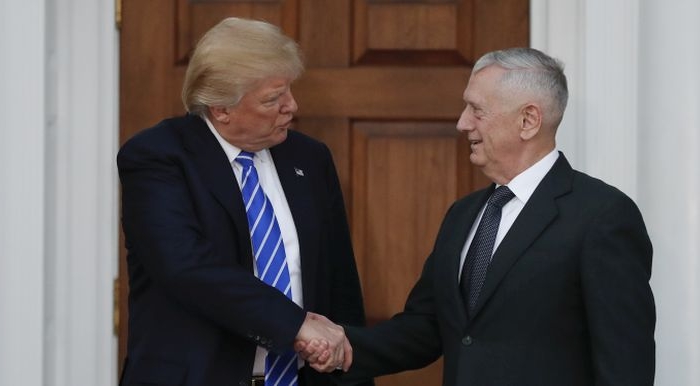 Donald Trump has selected retired Marine Gen. James Mattis as his secretary of defense, according to several reports on Thursday afternoon.

Sources with knowledge of the move told several media outlets that Mattis, 66, will be officially named next week, the Washington Post and CNN reported. Mattis declined to comment, while the Trump transition team has confirmed nothing in public.

But following the reports, Trump transition spokesman Jason Miller said that “no decision has been made yet with regard to Secretary of Defense.”

No decision has been made yet with regard to Secretary of Defense. #TrumpTransition

Mattis, nicknamed “Mad Dog,” gained widespread praise for his leadership during the Iraq war’s Battle of Falluja in 2004. He also notably led a task force into southern Afghanistan during the start of that conflict in 2001.

To be appointed as defense secretary, Mattis will need Congress to pass a bill to bypass a federal law that stipulates against naming defense secretaries who have been on active military duty within the previous seven years. In 1950, Congress passed an exception when Gen. George C. Marshall was appointed as secretary of defense under former President Harry Truman’s administration.

Mattis retired as the head of the U.S. Central Command in spring 2013—and after he spent 44 years in the Marine Corps.

Mattis is known for colorful quotes including: “Be polite, be professional, but have a plan to kill everybody you meet.” In April, he called Iran “the single most enduring threat to stability and peace in the Middle East,” according to the Post.

Trump met with the retired general on Nov. 19, and the president-elect described him as “the real deal.”