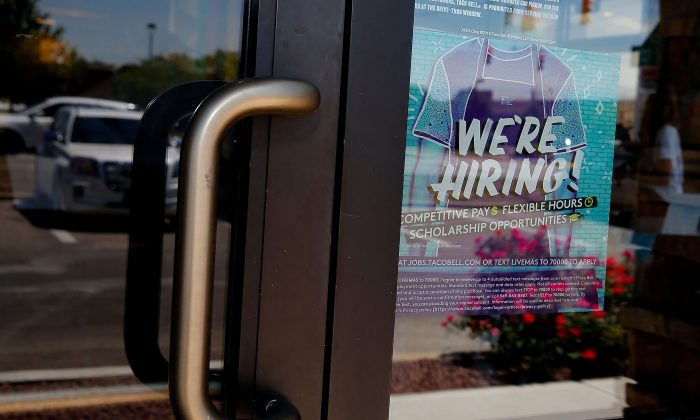 The Labor Department’s Cost-Index, released July 31, shows that wages rose 2.8 percent over June of last year. This breaks a trend of sluggish wage growth that had held since the 2008–2009 recession and returns to the level of wage growth experienced before the recession. From 2001 to 2007, wages increased on average by 2.9 percent per year.

The New York-based Conference Board, a business membership and research organization, reported on July 31 that consumer confidence had risen in July to a score of 127.4, up from 127.1 in June. The July score is an almost 18-year-high in the measure. In 2000, the score reached 130.

“Consumer confidence gained marginal ground in July, after a modest decline in June,” Lynn Franco, director of economic indicators at The Conference Board, said in a statement. “Consumers’ assessment of present-day conditions improved, suggesting that economic growth is still strong.”

According to the report, the number of consumers expecting better business conditions increased to 23.1 percent, up from 20.7 percent in June.

Also, those who expect more jobs to be available increased to 22.5 percent, up from 20 percent in June.

Meanwhile, the Commerce Department’s personal consumption inflation number, released on July 31, was at 2.2. percent, which is near the Federal Reserve’s target of 2 percent inflation.

These reports strengthen the impression of a robust economy, given by the recently released second-quarter GDP, which increased by 4.1 percent.

Treasury Secretary Steven Mnuchin heralded the GDP number by saying the United States is on a path of at least four to five years of 3 percent growth.