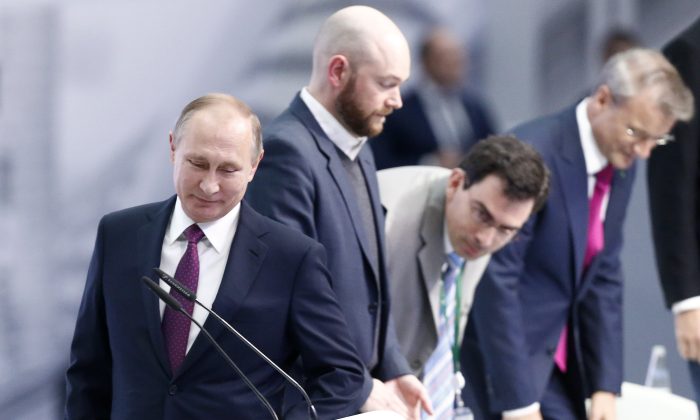 The Russian government has had contact with members of President-elect Donald Trump’s team during the election campaign, a senior Russian diplomat said on Thursday.

Russian Deputy Foreign Minister Sergei Ryabkov told the Interfax news agency that “there were contacts … We are doing this and have been doing this during the election campaign.”

It’s not uncommon for nominees for president to be in contact with foreign leaders or meet with representatives of foreign governments, the New York Times noted.

The contacts will continue, he said, saying that the Russian government has been in contact with Trump’s closest confidants, according to Reuters, quoting Interfax. He didn’t elaborate.

“Obviously, we know most of the people from his [Trump’s] entourage. Those people have always been in the limelight in the United States and have occupied high-ranking positions,” he said. “I cannot say that all of them, but quite a few have been staying in touch with Russian representatives.”

Rybakov, however, said that Russian officials “feel no euphoria” after Trump’s win, the Times reported. Russia does “not expect anything special from the Trump administration, according to the Telegraph.

“We have not seen any reason to depart from our assessment of the campaign that there was a bipartisan consensus in the United States that has an anti-Russian basis,” he added.

He told the newspaper: “There is diverse experience in dealing with U.S. administrations, representing both Republican and Democratic periods. There were periods when we started on a good note, but then rolled down to crisis. There were other periods in our complicated history.”

Trump has shot down accusations that he had been in communication with the Kremlin. Trump’s spokeswoman, Hope Hicks, said that Rybakov’s comments are “absolutely not true,” saying Trump knew of no contact with Russian officials during the election campaign.