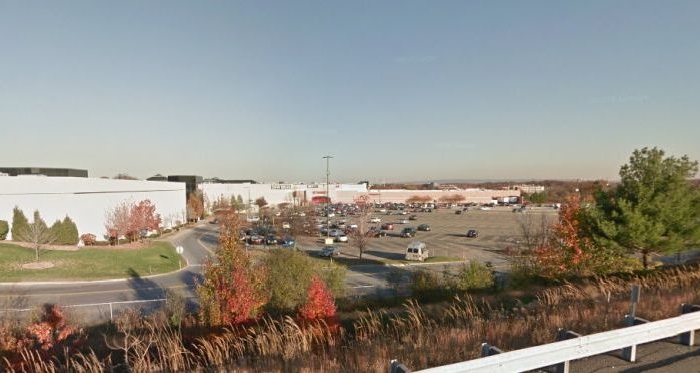 Reports of Shooting at Galleria Mall in Middletown, NY; 2 Injured

Police are responding to reports of shots fired at the Galleria Mall at Crystal Run in Middletown, New York, on Sunday afternoon.

The mall has been evacuated, according to Spectrum News. The outlet reported that the American Eagle at the mall was evacuated after a report of a shooting.

A witness,  Martin Lerner, who lives nearby, told The Epoch Times: “We didn’t hear that much, were shopping at JC Penny, that end of the mall, and I was standing on the cash register line—it was quite busy in the mall. I saw people running towards … they said we had to evacuate. His wife wasn’t near him … I finally saw her, I was trying to reach her and she started walking towards me. We just kind of calmly … walked out of the store. We heard a clerk say they had to lock the cash register.”

“We had no problem getting out. I left all the things that I was going to shop for, I left them behind in the mall. We walked out, and once we got out of the mall, I looked left and there must have been, it seemed like over 20 or 30 or 40 police cars, and a comparable number of ambulances.”

WPIX reported that at least two people were injured in the shooting.

State Police confirm they're responding to reports of shots fired at the Galleria Mall in Middletown. The mall has been evacuated. pic.twitter.com/5EVhchvZs1

“DO NOT GO to the Galleria Mall in Middletown. There is an active shooter, EVERYONE HAS BEEN EVACUATED,” one person wrote on social media.

“A handful or staties in full assault gear told us to get the [expletive] out of the mall and we evacuated with everyone else,” one man tweeted. “It was crazy and chaotic.”

“Police and ambulances everywhere,” Julia Gulia wrote on Twitter. “Was just about to head in but missed it thank goodness.”

No arrests have been made yet.

For Lerner, the shooting will make him think twice about going there.

“We take our grandchildren to the mall. We shop there. We go to Target. So now it’s going to give us pause about, I mean, I don’t know. This is just, we’re going to be cautious,” he said.