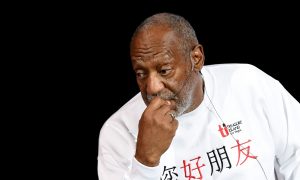 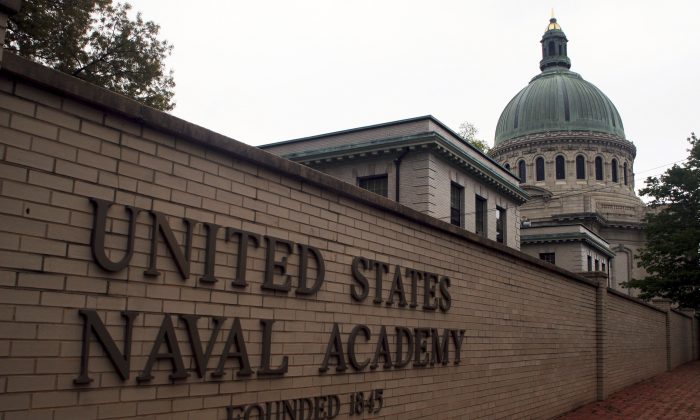 This May 10, 2007 file photo shows the U.S. Naval Academy in Annapolis, Md. (AP Photo/Kathleen Lange)
US

WASHINGTON—Reports of sexual assaults at the three military academies surged by more than 50 percent in the 2014-15 school year, and complaints of sexual harassment also spiked, according to documents reviewed by The Associated Press.

A senior defense official says the sharp increases were due largely to students’ growing confidence in the reporting system and expanded awareness programs that over the past several years have included training, videos and information sessions for both students and leaders. The programs have been aimed at making victims more aware of the reporting process and more comfortable seeking help.

But the dramatic increases raise nagging questions about whether criminal assaults and harassment are on the rise or if the numbers actually reflect a growing willingness of victims to come forward.

According to report documents reviewed by the AP, there were 91 reported sexual assaults over the last school year at the U.S. Naval Academy in Annapolis, Maryland, the U.S. Military Academy at West Point, New York, and the U.S. Air Force Academy in Colorado — compared to 59 during the 2013-14 school year.

Reports of assaults went up at all three of the schools, but the number nearly doubled at the Air Force Academy, jumping from 25 to 49.

Asked about the Air Force increases, officials said the decrease in assaults during the 2013-14 school year may have been an anomaly, and the latest totals were closer to the norm in previous years. Air Force cadets, they said, also seem to be much more aware of the sexual assault prevention and response coordinators on campus and may be more willing to file reports.

The Air Force, however, has seen a number of public sexual assault scandals in recent years, including incidents involving members of academy sports teams.

Senior defense officials said a key recommendation this year is for the academies to put more emphasis on sexual harassment prevention and training, because often harassment leads to assault. Discussions with focus groups and other studies found that while students are very familiar with how to report sexual assaults and how to treat victims, they didn’t know as much about what makes up sexual harassment and what to do about it.

One problem is that sexual harassment is handled by the various military Equal Opportunity offices, while sexual assault issues are handled by the Sexual Assault Prevention and Response Offices.

The improved emphasis on harassment should eventually lead to reductions in assault, said officials, who were not authorized to discuss the issue ahead of the report’s release Friday and thus spoke on condition of anonymity.

Senior Pentagon leaders have consistently argued for years that increased reporting is a good thing, because it suggests that victims are now more willing to come forward. Sexual assault in civilian and military society have historically been a vastly under-reported crime because victims often fear reprisals or stigma, or they worry that they won’t be believed or don’t want to go through the emotional turmoil of a court case.

But officials acknowledged Thursday that it is often difficult to tell how much of the increase in numbers stems from more crime or more reporting.

An anonymous survey of military academy students during the 2013-14 school year showed that fewer students said they had experienced unwanted sexual contact than in previous years. Unwanted contact ranges from inappropriate touching to rape. The surveys are done every other year, so there wasn’t one accompanying this latest report. One will be done this spring for inclusion in the next report.

Officials said that the discussions with students, faculty and staff in focus groups revealed some progress in attitudes about harassment, including an increasing number of students who talk about taking a more active role in preventing or objecting to harassing comments, including those in online social media sites.

The 2013 anonymous survey revealed a broad culture of bad behavior and disrespect among athletes at the military academies, including widespread complaints that students often feel they need to put up with sexist and offensive behavior as part of their school life. Officials said similar complaints about sports teams were voiced during the focus groups, but it was unclear how current the problems were.