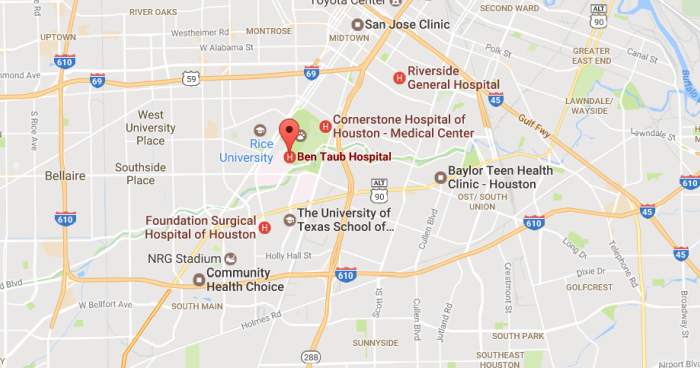 Reports of a Shooting in Houston Hospital

A hospital is on lockdown after a report of a shooting in Houston, Texas, on Tuesday, according to a report.

KRPC-TV is reporting that the hospital is on lockdown, and video from the scene shows visitors streaming out of the hospital while patients are outside.

We are responding to reports of shots fired at Ben Taub Hospital; SWAT and PIO enroute #hounews

Smith says officers and a SWAT team were responding to the scene at Ben Taub Hospital, one of the hospitals that’s part of the Medical Center. Ben Taub is one of the major trauma centers in Houston.

Television images from helicopters show dozens of employees leaving the hospital. Some are attending to patients who appear to have been evacuated on gurneys.