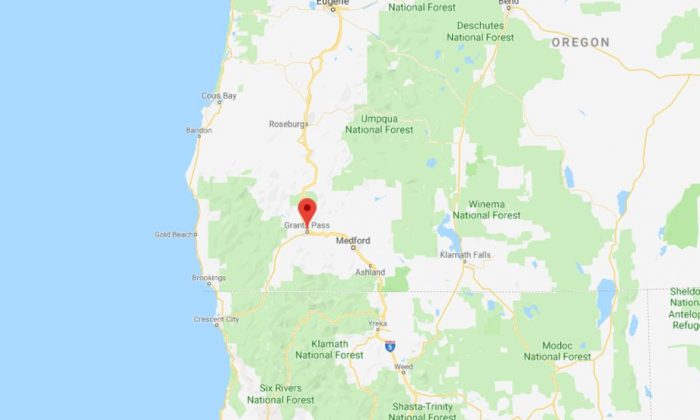 Charles Levin, best known for his roles in “Seinfeld” and “LA Law,” is believed to have been found dead in Oregon after going missing last week.

Officials searched for Levin in Grants Pass, located some 200 miles south of Salem near the Oregon-California border, according to a news release on July 14.

Officials in Oregon say a body found in a car in Grants Pass is probably that of actor Charles Levin, who was reported missing Monday. Levin, 70, appeared in such TV series as “Seinfeld” and “LA Law.” https://t.co/Ck8GmXB8aj pic.twitter.com/KUKCu17JKR

Officials added that he drove a distinctive orange Fiat and traveled with his dog, according to The Oregonian newspaper.

Search and rescue crew used GPS data obtained from his phone before narrowing their search to an area near Selma, located north of Grants Pass, the report said. Later, a resident found his vehicle on a nearly impassible road, and it was disabled due to the terrain.

“Levin was not in his car, or in the immediate proximity of his vehicle,” the release said, adding that officials combed “very steep and rugged terrain” to look for him.

“After several hours of searching, human remains were located. Based on the circumstances, there is a high probability that the remains are those of Charles Levin.”

Police said the final identification will be made by a local medical examiner’s office.

The Oregonian reported that Levin, 70, was reported missing by his son on July 8 after not being in contact for several days. He was from southwestern Oregon.

His cause of death was not released.

His TV credits include “Alice,” ”Hill Street Blues,” ”Doogie Howser, M.D.,” ”Night Court,” and “Seinfeld,” according to his IMDB page.

Levin also appeared in “The Golden Child,” ”Annie Hall,” and “This is Spinal Tap.”

CinemaBlend wrote of his career: “Charles Levin’s acting career started up back in the 1970s with an appearance in ‘Annie Hall,’ and he made quite a name for himself in the years after. In the ’80s, Levin memorably appeared in Rob Reiner’s seminal comedy ‘This Is Spinal Tap,’ had a recurring role in the beloved sitcom ‘Alice,’ and also appeared in other popular shows such as ‘Hill Street Blues,’ ‘The Facts of Life,’ and ‘Night Court.'”