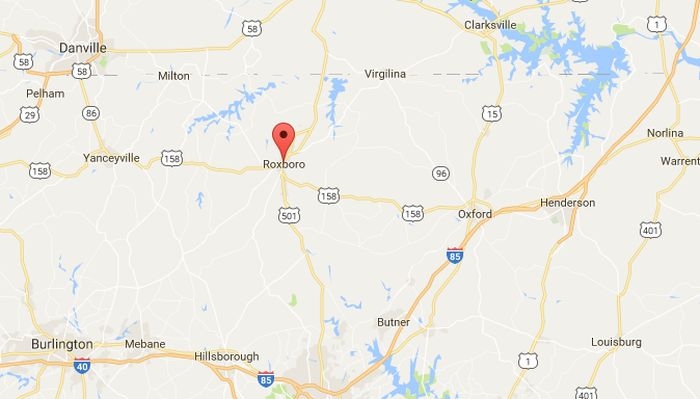 A Ku Klux Klan rally of about three dozen cars drove through a town in North Carolina, as counter-demonstrators demonstrated throughout the state.

The protesters gathered to shut down the KKK rally after Klan members arrived unannounced in the town of Roxboro late in the day, the News Observer reported. They held a quick rally of vehicles before scampering off.

“We learned late this afternoon the group wanted to come to Roxboro. I want to thank our law enforcement partners who helped us close intersections so the group could enter and leave the city as fast as possible,” Roxboro Police Chief David Hess said in a statement, as reported by WRAL.

Video footage captured about 30 cars with Confederate flags driving through Roxboro, as people inside chanted slogans.

Hundreds gather in Raleigh against KKK, which ended up driving through Roxboro https://t.co/s3neXmFGTq pic.twitter.com/LeHoQHqKEK

Close up photo of one of approximately 30 cars in KKK’s “victory parade” this afternoon in Roxboro. pic.twitter.com/ElnU3KTgoI

Other KKK members “rallied all day” in North Carolina, the paper said.

Hundreds gathered at an NC Justice and Unity Rally in Raleigh, N.C.

“The promise of what the South can be is what we are fighting for today,” Sandi Osterkatz, with the NC Justice and Unity Rally, the told a crowd in Moore Square. Osterkatz added that she was was representing children of survivors of the 1979 Greensboro massacre when activists were gunned down by Klan members.

Trump, however, has frequently disavowed any support from the KKK, ex-Klan leader David Duke, and other white supremacist groups.