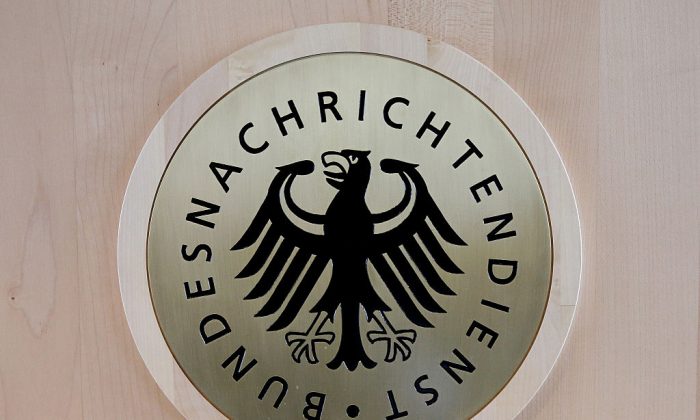 The sign of the German Federal Intelligence Agency (BND) is pictured in their headquarters in Berlin. (FABRIZIO BENSCH/AFP/Getty Images)
International

Der Spiegel magazine reported Tuesday the man’s activities were detected by the intelligence agency, known as the BfV, about four weeks ago. He’s alleged to have been trying to pass on sensitive information while using a false name and also making Islamic extremist comments.

The BfV didn’t immediately return a call or answer an email, but confirmed the report to Die Welt newspaper, adding that there was no evidence of concrete danger to the agency or its employees.

Both publications reported the suspect was arrested and Duesseldorf prosecutors are now investigating. Prosecutors did not answer their phones.