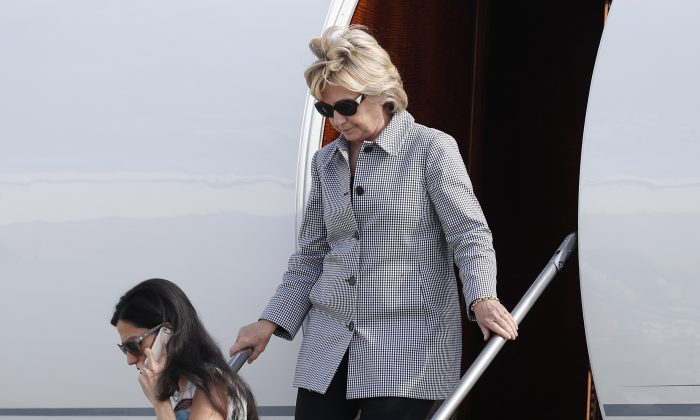 Huma Abedin, the closest aide of Hillary Clinton, has been at the center of an FBI investigation, and says she’s unsure how her emails ended up on a laptop belonging to her estranged husband, Anthony Weiner, according to a new report.

She also says she doesn’t know how the messages got onto his computer, a source close to her told Politico, which said that “she has told colleagues she was taken aback when she learned that the FBI found her emails on” Weiner’s laptop.

On Sunday, law enforcement sources told The Associated Press and other media outlets that the FBI obtained a warrant to investigate the emails in more detail. On Friday, FBI director James Comey wrote a letter to Congress after he was briefed a day before, officials told CNN. He then decided to notify members of Congress Friday that the law enforcement agency is now reviewing emails potentially related to Clinton’s email server.

His announcement has upended the final week leading up to Election Day, with Comey coming under intense scrutiny and criticism about whether his announcement was politically motivated to swing the election in favor of Clinton’s rival, Donald Trump.

According to CNBC, over the weekend, Abedin and her attorney engaged the FBI in back-and-forth talks about the emails.

“She says she didn’t know they were there,” a source close to the investigation told the broadcaster.

The FBI will now use a software filter program to filter any emails investigators haven’t seen before. They will be kept in another file and will then be examined by FBI agents if they contain classified data or messages relevant to the investigation into Clinton.

Agents noted that there were as many as 650,000 emails on Weiner’s laptop, dating back a number of years, the Wall Street Journal reported on Sunday night.

According to Politico, Abedin had previously provided emails from two laptops and a BlackBerry phone to the State Department after it asked for any federal records that might be in her possession.

The new trove of emails date back to when Abedin worked for the State Department from 2009 to 2013, a source commented to Politico.