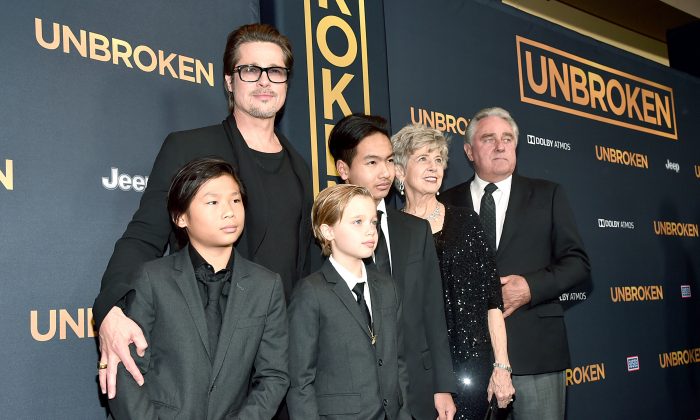 After nearly a month of no contact, Brad Pitt was reunited with some of his children on Oct.8, according to several news reports.

People magazine reported that Pitt hadn’t seen his children—Shiloh, Maddox, Pax, Zahara, and twins Vivienne and Knox—since Angelina Jolie filed for divorce on Sept. 19. It was not reported which of the children visited with their father.

Sources also confirmed the news to Us Weekly and E! News.

After news of the couple’s split was announced, it was speculated that violent tendencies and substance abuse were the reasons for the dissolution. TMZ reported that a particular incident on Sept. 14, when it was alleged a belligerent Pitt attacked one of his children while on a flight from France to Los Angeles, is what prompted Jolie to end her marriage with the 52-year-old actor.

It was initially reported that the Los Angeles Police Department were investigating the claims, but the case was handed over to the FBI, which has jurisdiction over mid-flight incidents. The agency said it will not be investigating  the alleged child abuse claims, claims Pitt has adamantly denied.

An anonymous tip of the alleged blowup was reported to the Los Angeles County Department of Children & Family Services, which sparked an investigation into the family life of the Hollywood couple. To vindicate himself, the “World War Z” actor voluntarily submitted to a drug test.

The couple reached a temporary custody agreement, where Jolie was granted full physical custody of their six children, while Pitt was granted supervised visitations. A therapist is said to have accompanied Pitt on Oct. 8.

Additional terms mediated by the DCFS stated that Pitt must undergo random drug testing, counseling sessions individually and together as a family with their children. These terms are to last until Oct. 20.

Pitt and Jolie met on the set of “Mr. and Mrs. Smith” and dated exclusively for nearly a decade before marrying in 2014.