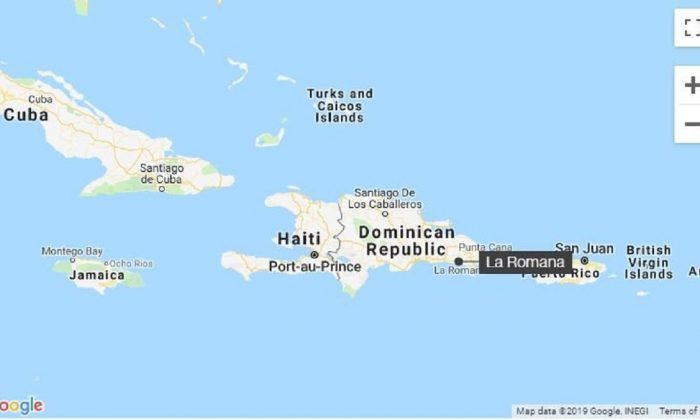 Five days before a Maryland couple was found dead in their hotel room in the Dominican Republic, a Pennsylvania woman collapsed and died at the same resort shortly after she checked in, a family spokesman says, on June 4, 2019. (CNN)
US News

So far, at least six American tourists have mysteriously died at Dominican Republic resorts and hotels, prompting an FBI investigation, according to reports.

The families of six Americans have expressed concerns after a Pennsylvania woman died in late May. Soon after, a couple from Maryland died within a week.

Another Pennsylvania family said that their loved one, Yvette Monique Sport, died in June 2018, at the Bahia Principe resort in Punta Cana, Fox29 reported. Her cause of death was due to a “heart attack,” said her sister, Felecia Nieves.

“She was 51 years of age, relatively healthy, no reason for her to go on vacation and die so suddenly,” Nieves told the station.

Her sister had arrived at the Bahia Principe resort and had a drink from the minibar. She then went to bed and never woke up.

Nieves questioned whether the “heart attack” cause of death was true. “We were promised within three months that we would receive a toxicology report. To this day, which is almost a year now we’ve got nothing,” Nieves said to Fox 5.

“I think the state department needs to step in and investigate these deaths something is not right,” Sport’s fiance, Howard Taltoan, told the station.

“That’s even more disturbing because why wouldn’t she be listed,” Nieves said. “My sister Yvette is probably one of many people unreported and unknown because families like mine even shocked decided to sit on it didn’t know if true or not true just didn’t make sense,” Nieves said.

On June 9, the family of a California man said he died earlier this year after drinking from the minibar at the Hard Rock Hotel & Casino resort in Punta Cana. They described the 67-year-old in relatively good health.

“He was fine,” niece Chloe Arnold said of her uncle, Fox News reported. “He and his wife arrived there at around midnight on April 10. On April 11 he had scotch from the minibar. He started feeling very sick, he had blood in his urine and stool right afterward.”

The troubling pattern of deaths made headlines after Maryland couple Edward Holmes, 63, and Cynthia Day, 49, was found dead at the Bahia Principe La Romana on May 30. They had checked in on the same day that 41-year-old Pennsylvania woman Miranda Schaup-Werner collapsed and died after drinking from the minibar at the same resort on May 25, the New York Post reported.

#DOMREPUBLIC: Miranda Schaup-Werner, 41, a psychotherapist from Allentown, passed away on May 25 at the all-inclusive Bahia Principe Hotel after getting a drink from the mini-bar. pic.twitter.com/MTitP608Nm

Later, the family of American David Harrison, who also died of a pulmonary edema and respiratory failure, spoke out about his death. He died last July.

“I no longer feel like my husband died of natural causes,” said his widow, Dawn McCoy, according to the Post.

The FBI and the U.S. Centers for Disease Control and Prevention (CDC) confirmed that they are probing the mysterious deaths at resorts in the country.

“We are awaiting the results, especially in regards to the tragic death of the couple from Maryland,” a spokeswoman for the Dominican Republic Ministry of Tourism told Fox News. “We want these tests and investigation to be carried out carefully and professionally.”