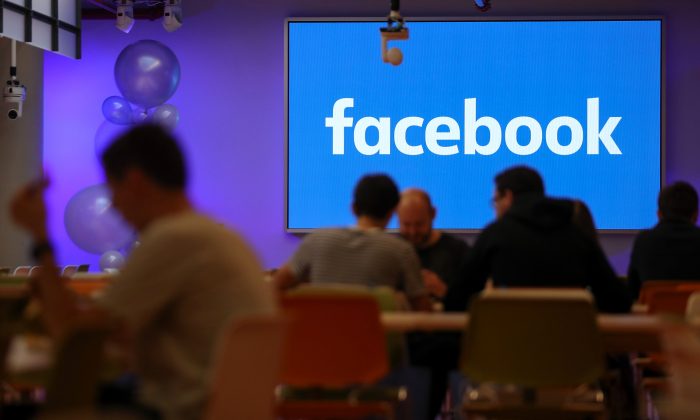 Employees have lunch at the canteen at Facebook's new headquarters in central London on Dec. 4, 2017. (Daniel Leal-Olivas/AFP/Getty Images)
Tech News

Amid Facebook’s hours-long outage, reports indicate that millions of advertisers that use the platform are potentially affected.

Many users said they could not access Facebook’s Ads Manager, saying it was out of order along with the entire platform.

“We’re also aware that people are experiencing issues with access to our ads interfaces, we’ll share an update as soon as possible,” said Rob Leathern, the director of products and Facebook.

We’re also aware that people are experiencing issues with access to our ads interfaces, we’ll share an update as soon as possible. https://t.co/Wk4STxGuEq

According to AdAge, there are about 6 million advertisers on Facebook and the company handles about $90 in ad revenue each day.

Akvile DeFazio, a social media advertiser with her own agency, Akvertising, told the news outlet that the ad platform has been down for approximately five hours.

“Being unable to access Facebook and Instagram has caused significant disruption to our business and to our clients today,” DeFazio said. “We have clients that spend up to hundreds of thousands of dollars per day advertising on those channels. … It’s setting us back a day, causing a ripple effect to the bottom line. … This isn’t the first time an outage has occurred.”

However, some people who appear to be working with Ads Manager said they couldn’t access it.

Am I the only one who’s having issues with @facebook being wonky? Ad Manager, page content creation all at a standstill. Saw first FB error message.

Facebook confirmed the outage on Twitter earlier in the day. About an hour later, it said the outage “is not related to a DDoS attack.”

We’re focused on working to resolve the issue as soon as possible, but can confirm that the issue is not related to a DDoS attack.

We’re aware of an issue impacting people’s access to Instagram right now. We know this is frustrating, and our team is hard at work to resolve this ASAP.

The hours-long outage at Facebook and its platforms had people going to Twitter to for their daily dose of scrolling, with many making jokes about the situation.

Time to fire this back up. #FacebookDown pic.twitter.com/Q3x9BQEin8

ig and fb ignoring the fact that it has been down for 5 hours #FacebookDown pic.twitter.com/1rn2HSz5jC

Me realizing it’s been three hours since being able to watch a dog video….. #FacebookDown pic.twitter.com/UuIhIftH8l