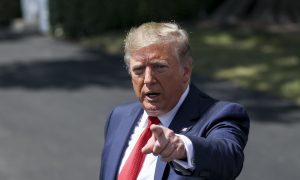 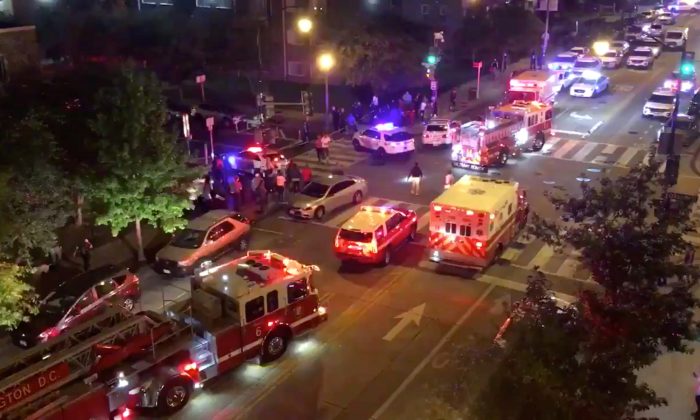 Reports: 9 People Shot in Washington in Less Than 30 Minutes

Nine people were shot and killed in a span of about 30 minutes in Washington on the night of Thursday, Sept. 19, police said.

At around 10 p.m. local time, officers were sent to the 1300 block of Columbia Road in Northwest, located about 2 miles from the White House, after gunfire erupted.

They found five men and one woman who were shot, WUSA9 reported, adding that one of the men died.

Less than a half-hour later, police were called to the 1400 block of Rhode Island Avenue after reports of a shooting, WJLA reported.

D.C. Council Member Brianne K. Nadeau tweeted after the Columbia Heights shooting. “It is beyond time to stop the epidemic of gun violence in this country, and I will not stand by while the residents of Columbia Heights are again visited by the horrible specter of violence,” she said in a statement.

Police have not established a motive in the shootings. No suspects have been arrested.

Police also said that it’s not clear if the two shootings are connected.

According to statics and data from city, about 125 people have been killed in Washington this year, which is a 17 percent increase over the same period last year, WUSA reported.