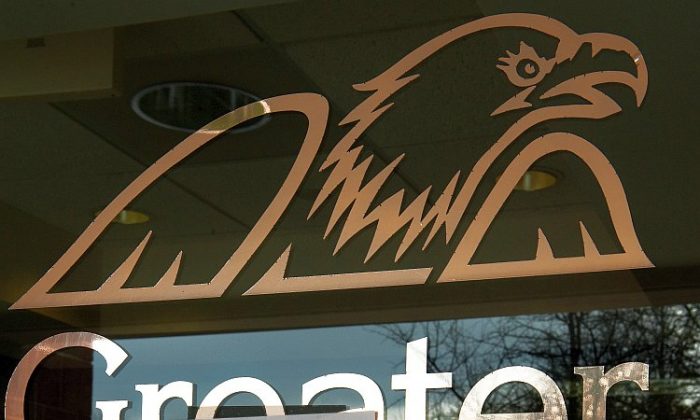 This file photo shows the door to the Greater Atlantic Bank, Reston, Va., that was closed in 2009 by the Office of Thrift Supervision, and had the FDIC appointed as receiver. The sign on the door states that this location would be permanently closed. (Paul J. Richards/AFP/Getty Images)
Business

Reporting on US Bank Failures

The list of bank failures, collected since Oct. 1, 2000, continues to be updated month after month by the Federal Deposit Insurance Corp. (FDIC), which was appointed to take over the failed banks. The list only contains banks that were insured by the FDIC and closed by a federal or state bank regulator.

The FDIC reimburses depositors up to $250,000, disposes of the bank’s assets, and settles the financial institution’s debts on file, including deposits that were not insured.

In January, seven banks failed, and between Feb. 1 and Feb. 10, another two banks were closed.

“Seven banks failed in January, up from two in December. … The increase in January continues the pattern exhibited over the past few quarters, with a spike in failures in the month immediately following quarter end, and then a drop in the subsequent two months,” according to a recent white paper from Trepp LLC, a research and consulting business based in New York City.

In 2011, only two of the banks that failed had assets above $2 billion and deposits above $1 billion, the First Community Bank of Taos, N.M., and the United Western Bank of Denver, Colo. Assets and deposits of all other banks were below $1 million, and the majority were below $500,000.

“We expect closures to extend through 2012 and possibly beyond. Much will depend on the strength of the economy in general, and real estate market conditions in particular,” according to the Trepp white paper.

“We expect the ‘spike’ of failures in January (a quarterly reporting month), will be followed by a drop in February and March, furthering the seasonal pattern exhibited during 2011,” the Trepp white paper predicted.

Bank closures will not subside during 2012 and might continue into the following years, unless the economy improves, especially the real estate market.

The FDIC does not publish a list of banks under financial distress or a bank watch list of possible bank failures in the near future. According to banking sector analysts, the FDIC wants to prevent a run on banks by a panicked public, avoiding a liquidity drain.

Trepp is keeping a bank watch list, which as of fourth quarter 2011, named 226 banks. Of those 226 banks listed, six failed in January.

There are 45 banks in the high-risk category in the state of Georgia, 37 banks in Florida, 27 banks in Illinois, and 15 banks in Minnesota that most likely will be closing their doors in the coming months.

Trepp has followed the financial wherewithal of banks since 2005. “The Watchlist has successfully identified approximately 96 percent of the banks that have failed in the current cycle that began in September 2007. Banks on the Watchlist have been nearly 200 times more likely to fail than banks not on the list,” according to the Trepp white paper.

Bank Assets on the Block

“The FDIC makes every effort to sell as many assets as possible to an assuming institution [a financial institution]. … The FDIC makes extensive use of contractors in managing and selling the assets of failed institutions, ” according to the FDIC 2010 annual report, released in June 2011.

Almost all assets of up to 95 percent of failed banks are put on the block within three months for cash or within four months for a structured sale. In a structured sale, payments are generally drawn out over several years, allowing for taxes to be deferred and paid as the installment is made.

In February, the relatively small SCB Bank of Shelbyville, Ind., went under. The bank had about $182 million in total assets and $172 billion in total deposits. First Merchants Bank, National Association of Muncie, Ind., bought all assets, including all deposits.

“The FDIC estimates that the cost to the Deposit Insurance Fund (DIF) will be $33.9 million. Compared to other alternatives, First Merchants Bank, National Association’s acquisition was the least costly resolution for the FDIC’s DIF,” according to the FDIC in its Feb. 10 press release.

The much larger Tennessee Commerce Bank of Franklin, Tenn., with assets amounting to about $1.185 billion and deposits of $1.156 billion, was closed on Jan. 27 by the Tennessee Department of Financial Institutions, with the FIDC named as receiver. Republic Bank & Trust Co. bought about one-fifth of the failed bank’s assets, with the remainder to be sold at a later date. The DIF will have to pay out $416.8 million to depositors.

The DIF is a fund that insures consumer bank deposits of up to $250,000. The DIF was established to prevent a run on the banks, similar to the one in the 1930s, where individuals tried to withdraw their deposits, thus creating a liquidity problem, as the banks ran out of cash.

The DIF funds are not funds drawn from taxpayers’ funds, but are “premiums already paid by insured banks and interest earnings on its investment portfolio of U.S. Treasury securities. No federal or state tax revenues are involved,” according to an entry on the FDIC website.

“Even as the number of bank failures now appears to be winding down, the FDIC’s failed bank litigation filings seem to just be ramping up,” stated a Feb. 6 article on The D&O Diary website.

The FDIC took more than two years to file lawsuits against those that carried responsibility for the failure of a bank during the 2008 economic upheaval. The amount of lawsuits filed accounted for 4.7 percent of all failed institutions since Jan. 1, 2007.

In 2010, the FDIC filed two lawsuits, sixteen in 2011, and three in 2012. Given the statute of limitations restrictions, that is, three years for tort claims and six years for breach-of-contract claims from the day the bank was closed, the FDIC will have to speed up its lawsuits.

Legal actions were filed against a total of 178 former bank employees, including some outside directors, and one law firm has been implicated. The majority of lawsuits against personnel from failed institutions were filed in Georgia, Illinois, and California.

“The number of lawsuits filed has yet to approach the numbers authorized by the FDIC. As of January 18, 2012, the FDIC has authorized lawsuits in connection with 44 failed institutions against 391 individuals, claiming damages of at least $7.7 billion. The difference suggests that more lawsuits may be filed before long,” according to a Feb. 1 Cornerstone Research article, published on the BankDirector website.