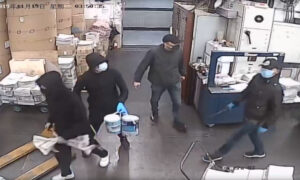 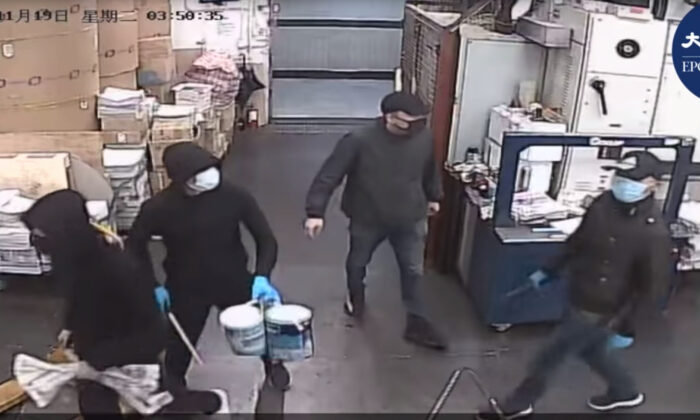 In the early hours of Nov. 19, four masked intruders, including two wielding batons, entered the printing warehouse of the outlet and set a fire, damaging two printing presses. The incident was caught on surveillance footage.

“The level of violence against journalists in Hong Kong has reached a point where the simple act of reporting can endanger their lives, which is absolutely unacceptable,” Cédric Alviani, head of the East Asia bureau of RSF, said in a Nov. 22 statement.

The nonprofit added that the Hong Kong Epoch Times has been actively reporting on the ongoing protests. For almost 6 months, the city has been racked by widespread protests in opposition to Beijing’s tightening grip on the city’s affairs.

Alviani also urged Hong Kong Chief Executive Carrie Lam to “uphold without further delay the commitment to protect press freedom that she made in August in her written response to RSF.”

“Since the beginning of the Hong Kong demonstrations in June, journalists have been under tremendous pressure and many of them were victims of abuse from law enforcement and pro-Beijing mobsters,” the statement said.

In one case, an Indonesian journalist permanently lost sight in her right eye after being hit by a rubber bullet shot by police.

When Hong Kong reverted to Chinese rule in 1997, the regime pledged to allow the city to retain its autonomy and freedoms under a framework known as “one country, two systems.”

Since then, press freedom in the city has come under strain. Hong Kong’s ranking on the RSF World Press Freedom Index has plummeted from 18th in 2002 to 73rd this year. Meanwhile, mainland China was ranked 177th out of 180 countries and regions on the list.

“Suppressing freedom of speech and freedom of the press is the first task of tyrants, and I think that’s exactly what they’re trying to do,”Sen. John Cornyn (R-Texas) said on Nov. 19.