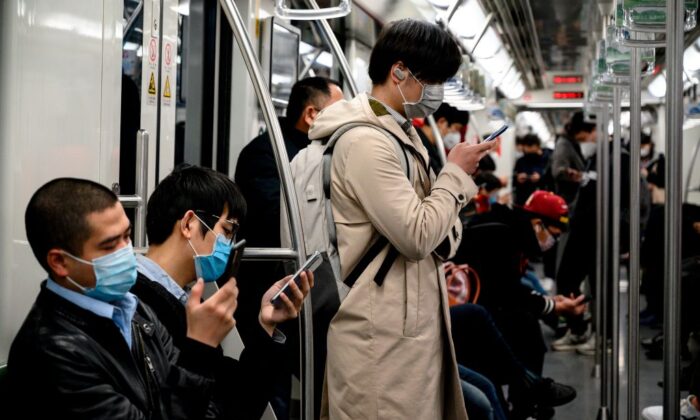 Reporters Without Borders (RSF), a nonprofit advocating for press freedom, has urged Beijing to free journalists and political commentators and stop censoring information about the novel coronavirus outbreak in China.

RSF pointed out that two citizen journalists, Chen Qiushi and Fang Bin, and two political commentators, Guo Quan and Xu Zhiyong, were arrested in early February in connection with their social media posts about the outbreak, in a statement published on Feb. 24.

“Censorship is clearly counter-productive in the fight against an epidemic and can only aggravate it or even help turn it into a pandemic,” said Cédric Alviani, the head of RSF’s East Asia bureau, in the statement.

“Only complete transparency will enable China to minimize the spread of false rumors and convince the population to follow the health and safety instructions recommended for curbing the epidemic.”

Both Chen and Fang had been documenting the situation in Wuhan, the epicenter of the outbreak in China, before they went missing.

One of Fang’s captured videos went viral in China. It showed a funeral home van carrying eight dead bodies. His friends said police broke into his home and took him away on Feb. 10.

Chen, a 34-year-old lawyer-turned-video-blogger, had published more than 100 social media posts from Wuhan within a time span of roughly two weeks, before his mother appealed for help to locate him after he went missing on Feb. 7.

That same day, his friend and martial artist Xu Xiaodong said in a YouTube video that Chen had been forcibly quarantined for 14 days, even though he didn’t have symptoms of the virus.

Guo, a human rights activist and a former assistant professor at Nanjing Normal University, was arrested on Jan. 31 after he posted about the coronavirus. He was then held at a detention center in Nanjing, the capital of eastern China’s Jiangsu Province, according to Radio Free Asia.

Xu, a former lecturer at the Beijing University of Posts and Telecommunication, was taken away by police in China’s southern city of Guangzhou on Feb. 15, after he wrote an essay blaming the Chinese leader for mishandling the outbreak response, according to The Guardian.

RSF lambasted authorities for having “significantly tightened their grip on social media and discussion groups where certain journalists and bloggers had dared to post independent reports.”

Chinese censors have also ramped up propaganda efforts, including by hiring internet trolls to write social media posts that praise the government’s efforts to contain the virus.

Zhang Xiaoguo, director of the news bureau at the Propaganda Department, announced during a news program on Feb. 3 that publishing propaganda about China’s control and prevention measures is the department’s top priority.

And on Feb. 4, Chinese news portal Sina reported that China’s central propaganda department plans to send more than 300 journalists to Wuhan and Hubei Province to cover the disease.

RSF criticized the regime’s efforts: “In recent weeks, Beijing has also instructed the media to cover the heroism of the responders rather than the suffering of the population or the shortcomings of the measures taken by the government.”

Li Wenliang, an ophthalmologist, was one of eight whistleblowers who first publicized information about an “unknown pneumonia” outbreak, on Chinese social media on Dec. 30, 2019. Four days later, he was summoned to a local police station where he was reprimanded for “rumor-mongering.”

Li died of the coronavirus in Wuhan in the morning on Feb. 7. He contracted the virus while treating a patient.