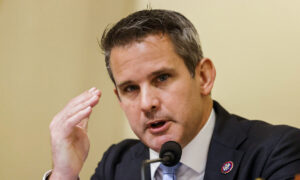 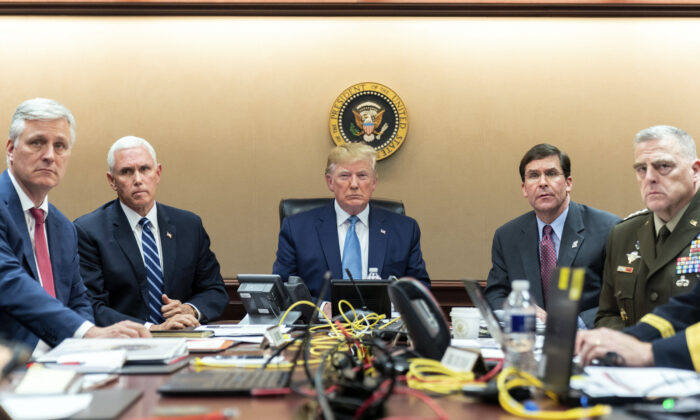 After the United States reportedly killed ISIS leader Abu Bakr al-Baghdadi—the killing was later confirmed—Souza posited that a photograph shared by the White House showing President Donald Trump and military leaders in the situation room was staged before the raid.

The photograph was taken “in the Situation Room of the White House” and showed Trump and the others “monitoring developments as U.S. Special Operations forces close in on notorious ISIS leader Abu Bakr al-Baghdadi’s compound in Syria with a mission to kill or capture the terrorist,” Scavino Jr. wrote.

This is false. Actual raid took place in early evening—photo was not staged. https://t.co/szSkomO7pt

Deleted this tweet because the NYT is now reporting that the raid began about 45 minutes after Trump returned to the White House from golfing pic.twitter.com/il0HvMr7s3

The latest reporting from the NYT: the helicopters left Iraq at 5PM (Washington time), and they reported it was about a 70-minute flight to Syria. So actual raid had to happen some time after 6:10PM. https://t.co/rErbPLJlpD

Souza’s theory was quickly spread by a number of people, including reporters with Business Insider, the Daily Beast, Newsweek, the Huffington Post, and Vox.

“Trump was away from the White House for a round of golf until 4:18 p.m. yesterday,” Vox reporter Aaron Rupar, formerly with the blog ThinkProgress, wrote, sharing Souza’s post. “It appears this photo was staged.”

Souza later said: “Just to be clear, I didn’t say it was staged. Trump himself said he didn’t arrive to the Situation Room until ‘around 5 p.m.’ So it’s definitely possible the photo was taken during the raid,” he wrote.

He posted on Sunday night: “The latest reporting from the NYT: the helicopters left Iraq at 5 p.m. (Washington time), and they reported it was about a 70-minute flight to Syria. So actual raid had to happen some time after 6:10 p.m.”

He did not apologize or retract his original post.

After posting the updated information, Souza retweeted former Obama adviser David Axelrod, who posted the picture by Scavino Jr. next to one taken by Souza during the United States raid and killing of Osama bin Laden.

“Which of these pictures looks real and which looks posed?” Axelrod wrote.