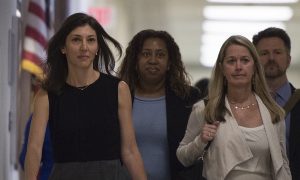 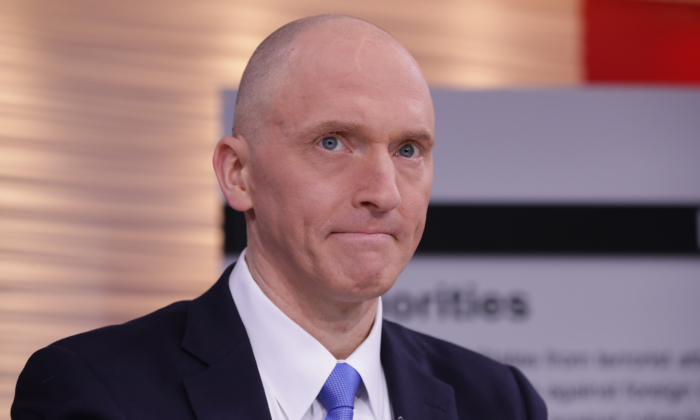 Former Trump campaign associate Carter Page participates in a discussion in Washington in a May 2019 file photograph. (Chip Somodevilla/Getty Images)
US News

Numerous reporters and media outlets made false statements about the FISA warrant obtained by the FBI against Donald Trump campaign associate Carter Page, a review of past statements in the wake of the Department of Justice Inspector General report shows.

Washington Post reporter Shane Harris, NBC reporter Ken Dilanian, and Reuters reporter Jonathan Landay are among the reporters who made assertions that were shown by Inspector General Michael Horowitz’s report to be false.

“I am telling you the dossier was not used as the basis for a FISA warrant on Carter Page,” he wrote in a post on Twitter.

Yes. I am telling you the dossier was not used as the basis for a FISA warrant on Carter Page.

Landay of Reuters claimed in a tweet that Steele’s dossier “played [a] minor role in Page FISA warrant.” NBC reporter Ken Dilanian wrote last year that the dossier “formed only a smart part of the evidence” against Page. Washington Post columnist Jennifer Rubin claimed on July 22, 2018, that it was “false” that the FISA application to surveil Page largely relied on the Steele dossier. Washington Post opinion writers Greg Sargent and Paul Waldman were among those mocking then-House Intelligence Chairman Devin Nunes (R-Calif.) for his memo, which said the dossier formed an “essential part” of the application for the FISA warrant.

Horowitz found that “the Crossfire Hurricane team’s receipt of Steele’s election reporting on Sept. 19, 2016, played a central and essential role in the FBI’s and Department’s decision to seek the FISA order” against Page.

The charge that Page allegedly coordinated with the Russian government “relied entirely on information from Steele,” the report stated.

CNN anchor Jim Sciutto, who was chief of staff for Ambassador to China Gary Locke during the Obama administration, wrote on Jan. 11, 2018, that the FBI “would further corroborate info in dossier on its own before using such intel to justify the FISA warrant.” In a CNN story, the authors wrote, “Officials familiar with the process say even if the application to monitor Page included information from the dossier, it would only be after the FBI had corroborated the information through its own investigation.”

Horowitz wrote that the FBI “corroborated limited information in Steele’s election reporting, and most of that was publicly available information.” The inspector general wrote: “The CIA viewed it as an ‘internet rumor.'”

“We found that the FBI did not have information corroborating the specific allegations against Carter Page in Steele’s reporting when it relied upon his reports in the first FISA application or subsequent renewal applications,” he also said. FBI agents also “overstated” Steele’s professional history and his handling agent didn’t approve the representations, as required by Woods Procedures.

FBI Director James Comey signed off on the FISA application. “He said that simply because the information regarding Page was uncorroborated at the time of the application did not mean that it was unreliable,” Horowitz wrote. Comey was aware that the allegations against Page were based in part on a source that may have been funded by Democrats.

A number of other reporters and analysts also made assertions regarding Steele that were undercut by Horowitz’s report. Some have said that Steele’s dossier has not been “disproven” or “debunked.”

When FBI agents located some of Steele’s sources, they expressed amazement that he took the information they told him seriously. One said the info came from “word of mouth and hearsay” and “conversation that [he/she] had with friends over beers.”

Some of the information promoted by Steele, including a salacious allegation about Trump’s sexual activities, were statements the source heard made in “jest,” the source told the FBI.