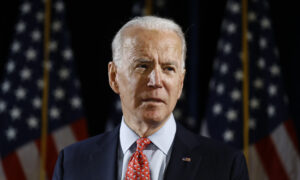 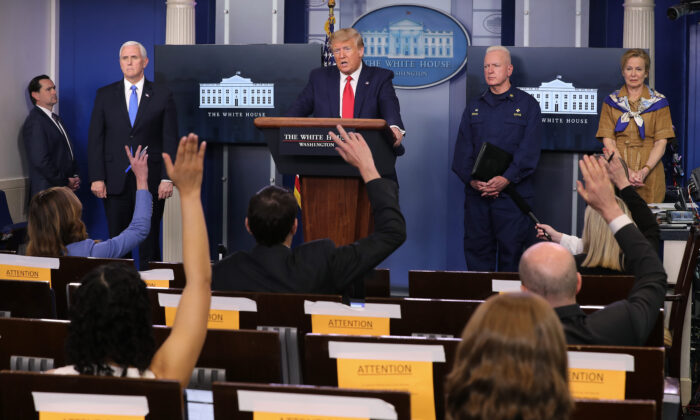 A reporter questioned by President Donald Trump on whether she works for the Chinese government indeed works for a television station directed by the Chinese Communist Party (CCP), several experts confirmed.

Phoenix TV is officially based in Hong Kong, where media can operate independently, but its programming has been controlled by the CCP regime, said Gordon Chang, a political commentator and China analyst.

“It is not formally part of the Chinese state, like China Central Television [CCTV], but nonetheless its content is determined in Beijing,” he told The Epoch Times in a phone call.

The station’s Beijing ties have long been known among China observers.

Phoenix TV is “an example of a Chinese propaganda outlet not directly owned by the Beijing government,” said Sarah Cook, a China expert at human-rights group Freedom House, in her May 2017 testimony to Congress.

The CCTV used to own a 10 percent stake in Phoenix, but the strongest CCP link is the station’s head and founder, Liu Changle, a former officer in the People’s Liberation Army propaganda department who used to work at the CCP’s Central People’s Radio Station. Since its founding in 1996, several other Phoenix executives were former officials in the CCP regime or state-run media.

The World Organization to Investigate the Persecution of Falun Gong, a nonprofit probing the CCP’s repression of the Falun Gong spiritual group, noted as far back as 2005 that Phoenix TV has been one of the main channels used by Beijing to export its propaganda to Hong Kong (pdf).

Cruz urged the FCC to block a company linked to Phoenix from acquiring a radio station broadcasting into California. If allowed, the radio station would be used to air “[Chinese] government-approved propaganda” to the large Mandarin-speaking population in Southern California, he warned (pdf).

“Phoenix TV has been waging information warfare in the U.S. for [years],” Cruz said in an April 7 tweet, noting that American media organizations shouldn’t have allowed Phoenix to attend a White House press briefing where its reporter got into an exchange with Trump the day before.

“Until the U.S. can send a Voice of America reporter to [CCP headquarters of] Zhongnanhai to question [CCP head] Xi Jinping live, we should not be allowing any of China’s media into the White House Briefing Room,” he said.

The White House Correspondent Association should revoke the reporter’s credentials and if it won’t, the White House should refuse to accept her, he said.

The CCP is in the midst of a global propaganda push, trying to shirk responsibility for the CCP virus pandemic that has swept the world, infecting over 1.4 million and killing over 80,000.

The CCP virus, also known as the novel coronavirus, broke out in Wuhan, China, around November and was allowed to spread around the world due to the coverup and mismanagement by the CCP.

The CCP is now trying to portray itself as a world savior that sends medical supplies around the world, commented Trevor Loudon, an expert on communist infiltration in the West, in a phone call with The Epoch Times.

In fact, the CCP has urged overseas Chinese to buy up in-demand medical supplies and send them to China.

When supplies are sent from China, the propaganda messaging calls it “support” or “assistance,” intentionally blurring whether the recipient countries are paying for it, according to Jakub Jakóbowski, a research fellow at the Poland-based Center for Eastern Studies.

In many cases, countries actually purchased the material at market prices.

The use of Phoenix appeared to be the CCP’s attempt to get its message across through a party with an “independent look to it.”

“It seems to me that what they’re doing is creating themselves some deniability,” he said.