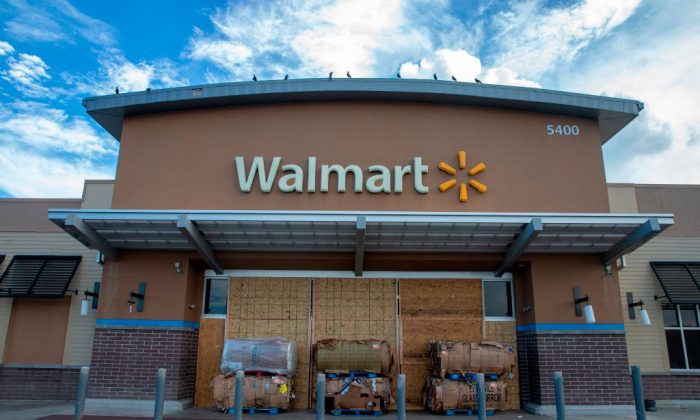 A stock photo of a Walmart store. (Alex Edelman/AFP/Getty Images)
US News

After a viral video showing a teenager licking ice cream at a Walmart and putting it back in the refrigerator, a copycat appears to have emerged.

A new video shows a shopper, “Bameron Nicole Smith,” of San Jose, California, taking a Listerine bottle off the shelf and taking a gulp before spitting the contents back inside.

A Walmart representative issued a comment to the Daily Mail about the stunt, saying it is “investigating this incident.”

“If someone tampers with a product and leaves it on the shelf, we will work with law enforcement to identify and prosecute those found responsible to the fullest extent of the law,” Walmart said.

People online called for Smith to be charged with product tampering and contamination.

“Honestly everyone should call the local police department for whatever state these people live in EVERY time you see a new video because this is getting out of control,” one person wrote, according to The Lad Bible.

Shopper gargles mouthwash, spits it back into bottle then puts it back on shelf. What is wrong with people? 😳 https://t.co/Y37s0htRir pic.twitter.com/KLa2tMeV7c

“People will do anything for attention, for social media clicks,” another person wrote in the Yahoo comments section. “One reason I do not partake in social media. The other is I value my employment status as a public sector employee and don’t any [expletive] messing with that.”

However, some people noticed that the bottle may have already been opened or brought into the store as there was no safety seal.

“If you watch the video you see it was already opened with no seal on it. Probably trying to get attention and was smart enough to buy it and save the receipt,” one person wrote.

Added another, “These examples of behavior are a reflection of what American society has become during the past 30 to 40 years.”

“We need to rename ‘social media’ to ‘anti-social attention,’” wrote another.

Police in East Texas said that the teenager from the previous San Antonio video was identified as the suspect who took a container of Blue Bell ice cream, licked it, put the lid back on, and then placed it back in the shelf at an area Walmart.

A video of the incident has gone viral, drawing horror from people on social media. “You foul,” says a voice off-camera in the clip.

As that portion of the investigation continues, detectives are focusing on identifying the male (in the green shirt) behind the camera seen in images of the two entering the store together,” a police spokesperson also told NBC.