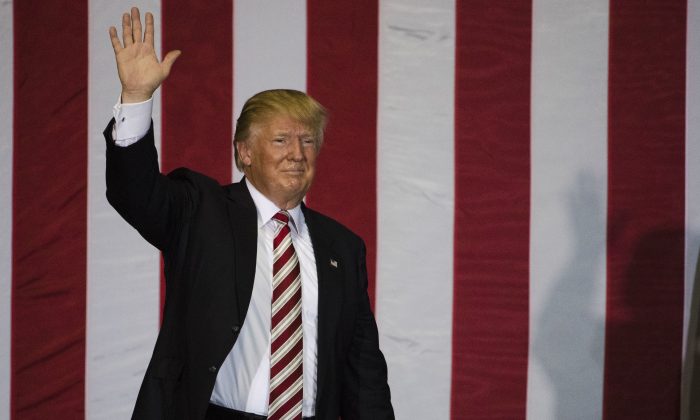 A report from the New York Times said that Donald Trump’s aides have essentially taken over his Twitter account in the last remaining days until Election Day.

His advisers got him to relinquish control over the social media account in an attempt to keep him on message in the waning days. Indeed, Trump’s Twitter strategy appears to be subdued in recent days, with the businessman mainly tweeting photos of rallies and thanking towns.

The Times report suggested that Hope Hicks, his spokesperson, is now operating the page.

Hillary Clinton, Trump’s rival, has used a similar Twitter strategy for years. using aides to craft messages for her. When the campaign started sending tweets from her Twitter account, the campaign said that tweets personally written by her would be signed “H” as opposed to the other tweets from the account.

Poll: Trump Is Up 7 Points Over Clinton in Iowa, Crucial Swing State

Trump, however, still dictates the tweets to his team, including Hicks. The Times reported that Trump recently dictated the message about Obama campaigning for Clinton to his team. “Looking at Air Force One @ MIA. Why is he campaigning instead of creating jobs & fixing Obamacare? Get back to work for the American people!” he wrote.

But Trump’s use of his Twitter account has drawn praise and criticism from his supporters. In one instance, he drew controversy by tweeting heavily about Clinton and a former Miss Universe after the first debate. Twitter has been a significant platform for the Republican to bolster his supporters, but has also been a source of headache for him.

It’s unclear when Trump gave up control of the account.