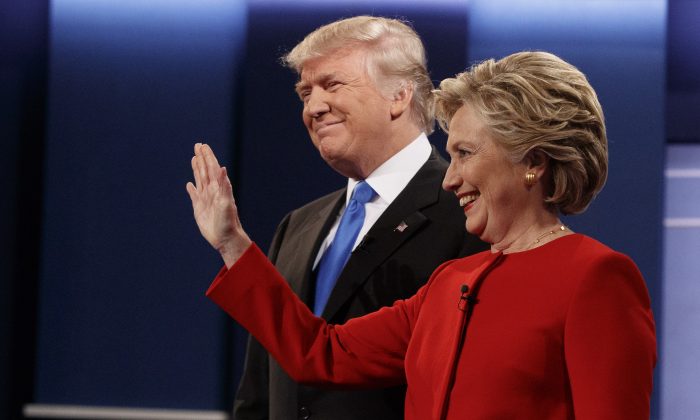 Hillary Clinton’s failed bid for the presidency reportedly cost more than $1 billion, according to records.

During the final weeks of the campaign, starting from Oct. 20, Trump spent $94.5 million, as compared with Clinton’s $131.8 million, according to The Associated Press, citing reports filed Thursday with the Federal Election Commission. After the election, Clinton has $839,000 in her coffers while Trump has $7.6 million, the report said.

Brad Parscale, Trump’s digital director, said that some strategic last-minute investments helped him win in swing states. In the final few days of the campaign ahead of Election Day, his team spent about $5 million in digital ads targeting critical battleground states like Michigan, Wisconsin, Pennsylvania, and Florida—all states Trump won by a slim margin.

“You think, what if we hadn’t spent that?” Parscale told the NY Post. “We might not have won.”

Months ago, Trump balked at the idea of a candidate spending $1 billion to have a shot at winning the presidency. “There’s no reason to raise that,” Trump said in an attempt to downplay skeptics.

The president-elect has continued raising millions of dollars for his campaign since the Nov. 8 election. That money is coming in mostly through purchased merchandise such as hats and ornaments and is paying for Trump’s victory tour, which took him to Iowa on Thursday, AP reported.