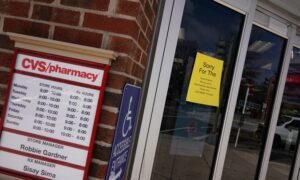 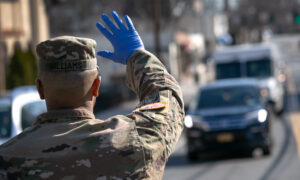 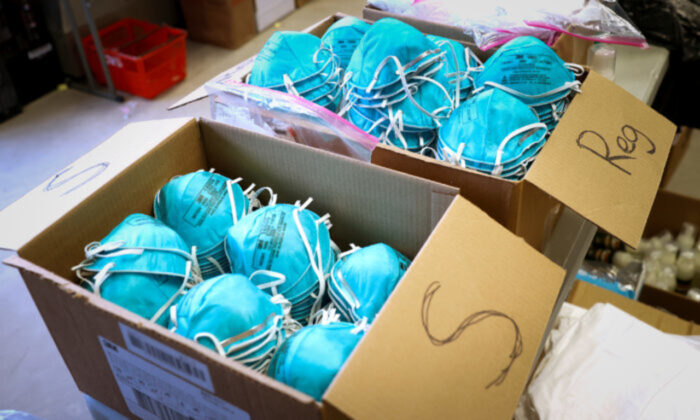 Boxes of N95 protective masks for use by medical field personnel are seen at a New York State emergency operations incident command center during the CCP virus outbreak in New Rochelle, N.Y., on March 17, 2020. (Mike Segar/Reuters)
Crime and Incidents

SACRAMENTO, Calif.—A major California labor union that claimed to have discovered a stockpile of 39 million masks for health care workers fighting the CCP virus was duped in an elaborate scam uncovered by FBI investigators, according to a newspaper report Sunday.

Investigators stumbled onto the scheme while looking into whether they could intercept the masks for the Federal Emergency Management Agency under the Defense Production Act, the U.S. attorney’s office said on April 10.

The federal government has been quietly seizing supplies across the country as the outbreak spreads. But in this case, there was no warehouse, and there were no masks to seize, the Los Angeles Times reported.

U.S. Attorney Scott Brady told the LA Times that investigators tracked the tip back to a Pittsburgh businessman, who said he had been working with the Service Employees International Union-United Healthcare Workers West to secure millions of masks.

The businessman had been using WhatsApp to connect with a broker in Australia and a supplier in Kuwait, who are both now the target of a federal investigation, Brady said.

The union, known as SEIU, and the Pittsburgh businessman are not under investigation and both appear to be among a string of middlemen who were fooled, Brady said.

“There are opportunists who are looking for any victim,” he said.

The promise of 39 million masks was first made public on March 26, when the union announced it had found the stockpile after 48 hours of frantic phone calls pursuing leads on potential suppliers. The announcement by the union was widely covered by major media outlets and listed several hospital systems and government agencies as buyers.

Behind the scenes, the deal quickly unraveled. Buyers said they failed to receive reliable information about where they could inspect the shipments.

At one point, the Australian broker told the middleman in Pittsburgh that 2 million masks were located in a warehouse in Georgia and that the product had been inspected by a particular certification company.

That, Brady said, “was also part of the ruse.”

No money was exchanged in the attempts to finalize a deal, according to Brady.

Experts in the global supply chain say dubious brokers and suppliers have flooded the market with suspect offers, creating an atmosphere of confusion and distrust just as hospitals are trying to stock up on the gear doctors and nurses need to protect themselves from the virus.

Steve Trossman, spokesman for SEIU-UHW, told the LA Times that union officials had been trying to find equipment for members, and the group had no financial interest in any transactions.

“As far as we knew, he had legitimate masks,” Trossman said of the supplier, “and the people who were going to purchase those masks were going to fully vet it and check it out and do their due diligence.”