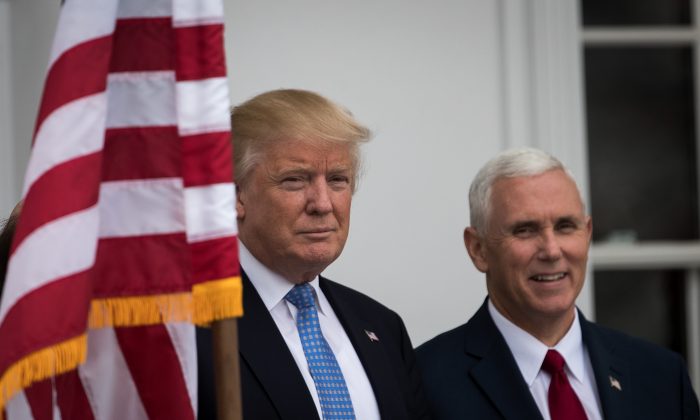 Several prominent members of the Electoral College are planning a “revolt” against President-elect Donald Trump—a long-shot move to prevent him being officially elected.

The six “faithless electors,” as they’re called, have vowed to cast ballots that don’t align with the popular vote in their respective states in an effort to persuade Republicans to vote against Trump.

“The Founding Fathers created the Electoral College as the last line of defense, and I think we must do all that we can to ensure that we have a Reasonable Republican candidate who shares our American values,” Michael Baca, an elector, said in a statement.

Bret Chiafalo, who also plans to not vote for his state’s candidate, added: “All we’re trying to do is honor what the Founding Fathers gave us.”

Trump currently has 290 votes, while Clinton has 232. Michigan, which has 16 electoral votes, is too close to call. A candidate needs to secure 270 electoral votes to win.

If Trump doesn’t win Michigan, which is unlikely, as he is leading Hillary Clinton in the state by 11,000 votes, Clinton would still need 22 electors to disregard their states’ vote and choose her over Trump. If 21 electors abstain from voting altogether, Trump could be prevented from winning. After that, the House of Representatives would then have to determine the election. But if Trump wins Michigan, Clinton would need 37 electors to flip.

“If it gets into the House, the controversy and the uncertainty that would immediately blow up into a political firestorm in the U.S. would cause enough people—my hope is—to look at the whole concept of the Electoral College,” an unnamed elector told Politico.

After the outcome of the election, there have been calls to abolish the Electoral College—something that would require a constitutional amendment. Democratic Sen. Barbara Boxer proposed a bill last week to abolish the institution.

“The Electoral College is an outdated, undemocratic system that does not reflect our modern society, and it needs to change immediately. Every American should be guaranteed that their vote counts,” she said in a statement.