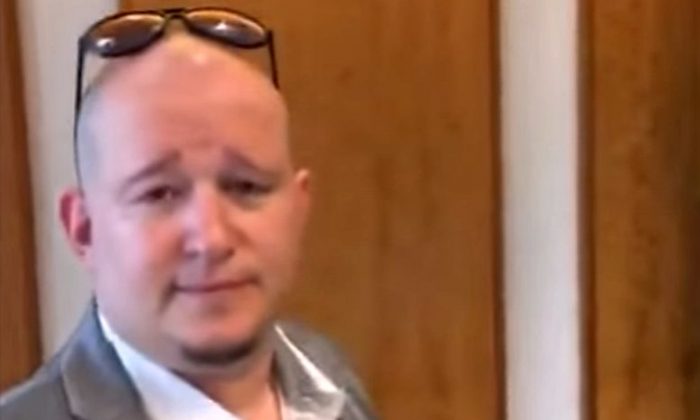 Bernie Sanders supporter, Shawn Lucas—who was shown in a viral YouTube video serving the Democratic National Committee (DNC) a lawsuit over the organization’s favoring of Hillary Clinton over Bernie Sanders—has died, according to a report.

According to Snopes, who spoke to the Washington D.C. Metro Police, Lucas died earlier in August of unknown causes.

Lucas’s death was “classified as a Death Report, pending the results of an autopsy,” police told the hoax-debunking website. Meanwhile, GoFundMe page was set up for Lucas’s funeral expenses.

There has been rampant speculation on social media about his cause of death, including it being murder.

According to the lawsuit, the name Shawn Lucas was listed in a suit filed in the U.S. District Court for the Southern District of Florida. “On July 6, 2016, Plaintiffs filed affidavits of service of process, in which Shawn Lucas and Brandon Yoshimura of One Source Process, Inc. claim to have served Rebecca Christopher (described by the affidavits as a “Creative Strategist”) with process for both the DNC and its Chair at 1:30 p.m. on July 1st,” it reads.

Snopes also contacted Lucas’s employer this week, asking if there was truth to the rumor about his death. A person who spoke with the website said he died on Aug. 2, 2016.

According to Snopes: “The audibly and understandably shaken employee stated that interest in the circumstances of Lucas’s death had prompted a number of phone calls and other queries, but the company had not yet ascertained any details about Lucas’s cause of death and were unable to confirm anything more than the fact he had passed away.”

WikiLeaks’ Assange to Leak Wide Range of Material on Clinton

Niko D. House, a student at the University of North Carolina at Chapel Hill who is the President of Carolina Students for Bernie Sanders, wrote on Facebook about Lucas’s passing: “Just to let everyone know, everyone with the DNC fraud suit filed in FL tracking Shawn Lucas’s regretful passing. We have not spoken about it until we are sure what exactly happened. We will comment later as to how correlated his involvement with the case may or may not have been once we gather more information. To his family, we send our deepest condolences. Our thoughts are with you.”

In the (above) video posted on July 3, a man identified as Lucas served the DNC and its then-chair Debbie Wasserman Schultz with a class-action lawsuit. It went viral at the time. “Shawn and Ricardo film and serve process on Defendants DNC Services Corp. and Chairperson Debbie Wasserman Schultz at DNC’s headquarters in Washington, D.C., in the fraud class action Wilding et al. v. DNC Services Corp. et al,” the YouTube video description reads.