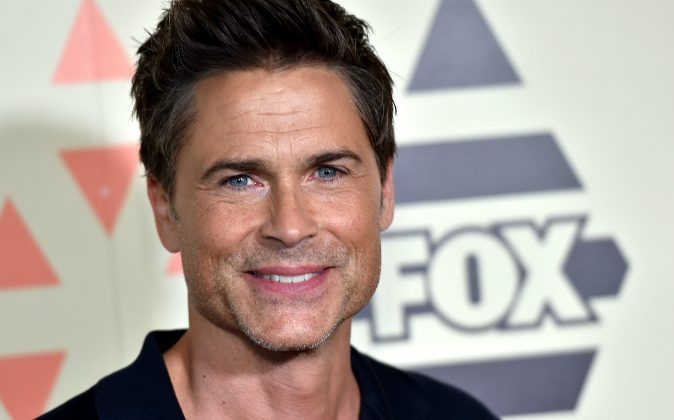 Actor Rob Lowe is reportedly a frontrunner to join Kelly on “LIVE! With Kelly,” according to Entertainment Tonight.

“The network has been talking to Lowe’s reps again, the source says, having chatted with the actor about the highly coveted gig back in 2012, when ABC was looking for Regis Philbin’s replacement. Lowe, 52, had impressed viewers at the time when he guest-hosted for two days. But the job, of course, ended up going to Michael Strahan.”

Lowe wouldn’t mind having the opportunity to engage in daily conversations with Ripa on the morning talk show.

“I hosted it with Kelly and had the time of my life,” he said when Entertainment Tonight caught up with him on the set of his new film, “How to Be a Latin Lover.”

“I love her … I love being able to talk to an audience every morning like that and just being fun, counter-punching, being silly, and talking about cool stuff.”

Lowe, who’s two children are now grown up, believes his current life status allows him to take on the job.

“My kids are out of the house, they weren’t then. Who knows… But listen, man, I don’t want to go up against Anderson Cooper,” he joked. “I don’t know if I’m going to go back as an actual guest host yet. … You never know! You never know.”

Respected journalist, Anderson Cooper was considered a prime choice to replace Strahan, but the newsman said hadn’t heard anything regarding filling the role.

“It would be a dream to work with Kelly, but nobody’s offering anything so …,” he said during the April 28 airing of “Watch What Happens Live.”

He also complimented Ripa, “Listen, I love Kelly and I think that show is—Kelly is the heart and soul of that show” and insisted he is “very happy at CNN.”

As ABC/Disney executives continue to finalize the co-hosting gigs, Ripa has co-hosted with several guest hosts, including Jimmy Kimmel, since Strahan’s May 13 departure.