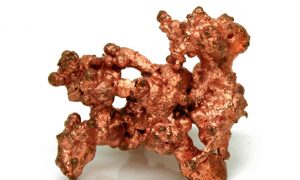 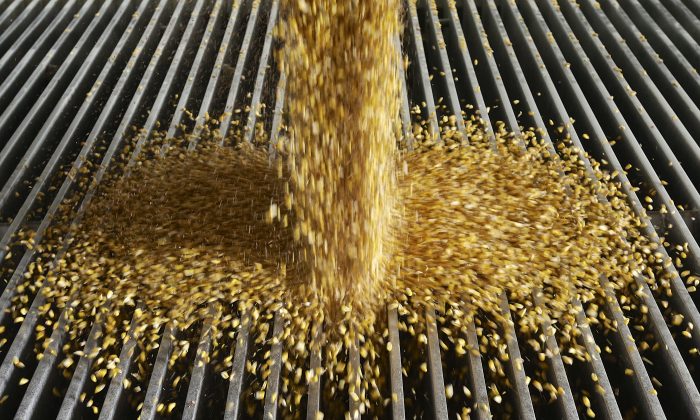 Corn is delivered to the Green Plains ethanol plant in Shenandoah, Iowa, on Jan. 6, 2015. Roughly 100 trucks a day filled with corn flow into the ethanol plant in southwest Iowa even as crude oil prices continue to collapse. Oil prices may have dipped below $50 a barrel for the first time since April 2009, but ethanol plants across the nation continue to operate at a brisk pace in order to satisfy a domestic and export demand that hasn’t weakened. (AP Photo/Nati Harnik)
Environment

And using it to produce biofuels is something the world cannot afford if we are going to continue to breath clean air and feed ourselves, according to a report by the Washington, DC-based research organization World Resources Institute, published Thursday.

Three-quarters of the world’s land currently provides for man’s food and fiber needs, while the remainder acts as a carbon sink, protects freshwater resources, and sustains biological diversity.

It takes a huge amount of land to make biofuel products like ethanol, which are popular additives to gasoline produced in the United States. Processing the plant matter for fuel is also highly inefficient, say authors of the report, researchers who believe in sustaining natural resources as the foundation of economic opportunity and human well-being.

Photosynthesis is effective at producing food and wood, write the report’s authors, but only 0.15 percent of the solar radiation captured by maize grown in Iowa will be turned into ethanol.

To compare, solar, a significant competitor to biofuels, generates more than 100 times the useable energy per hectare than bioenergy from the same amount of land.

Thus, the quest for bioenergy on a large scale is both unrealistic and unsustainable, according to the report’s authors. They are encouraging governments to phase out regulatory requirements and subsidies that support biofuels, and discourage the use of cropland for dedicated biofuel production.

Congress passed a law in 2007 under former president Bush requiring oil companies to blend ethanol into gasoline. The result was a boon for farmers and related industry such as Monsanto for seeds and fertilizers, farm equipment manufacturers, and others. Once the train left it would be very hard to stop it.

The current ethanol limit is set at 10 percent for most gasoline consumed in the country and cars are designed to handle the fuel. Biofuel supporters are clamoring for the limit to be raised to 15 percent.

An Associated Press investigative report in 2013 charged that in an effort to win government subsides for the renewables, farmers planted ethanol crops on millions of acres of former conservation land, destroyed habitat, and polluted water supplies.

Farmers planted 15 million more acres of corn in 2012 compared to before the ethanol boom, the AP reported.

Supporters of ethanol and biodiesel fuels say that increased land productivity and more efficient uses for land brought about by new technologies are more than sufficient to meet an increased demand for food crops.

Bob Dinneen, the president and CEO of the Renewable Fuel Association, which represents the biofuel industry in the United States, responded to the report as follows: “A cursory update of a failed theory is not science and does nothing to enlighten the debate about biofuels.” Dinneen made the comment in an email to CBS.

The world’s land will need to produce much more to meet basic food needs for the world’s 6.9 billion people, a population expected to grow to 9 billion by 2050. We are facing a situation where we will have to produce more food and more livestock productivity in the next decade than what was achieved in the previous four. Reducing the use of land for biofuels would go a long way toward this goal, according to the report.