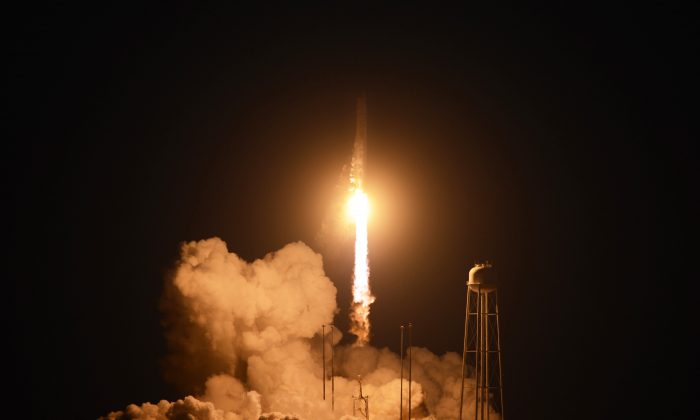 CAPE CANAVERAL, Fla.— One of NASA’s two commercial suppliers, Virginia-based Orbital, faces an uphill struggle in resuming deliveries to the International Space Station, according to a government report issued Thursday.

Orbital remains grounded, as does SpaceX, NASA’s other commercial shipper, following a failed launch from Cape Canaveral in June. It was the California-based SpaceX’s eighth shipment for NASA. Russia and Japan also send up supplies.

Orbital is working to get cargo to the space station as early as December by putting it on another company’s rocket in Cape Canaveral. At the same time, Orbital — which merged with ATK earlier this year — hopes to resume Antares flights from Virginia next year with new engines.

According to the report, it may be difficult to meet those goals. But Orbital spokesman Barron Beneski said the company is right on schedule for the launches. The company is confident of its path forward, he said, and working with NASA to fulfill its contract.

The report voiced concern about the fact that Orbital’s Cygnus capsule has never flown before on United Launch Alliance’s Atlas V rocket, the kind that will be used in December and again in March to launch space station supplies. In addition, the report noted the tight schedule for outfitting the Antares with new engines; the company hopes to resume Antares launches in mid-2016.

Both the old engines — believed to be the source of the accident — and new engines for the Antares are Russian made.

Beneski pointed out that Orbital has deep experience in putting its satellites on a variety of rockets. “Not like we haven’t done it before. We have,” he told The Associated Press.

NASA’s original $1.9 billion contract with what was then Orbital Sciences Corp. called for eight supply runs. Because of the accident, only seven will be carried out. But the same amount of cargo will be delivered, Beneski said, because of the expanded room on the Cygnus and the heavier lift capabilities of the Atlas and upgraded Antares rockets.

Inspector General Paul Martin said in the 46-page report that NASA did not take advantage of contract provisions to reduce its costs of up to $84 million. Also, NASA had to pay $5 million to help fund repairs of damaged property at the Wallops Island launch site, according to the report.

“NASA missed opportunities to seek lower prices from Orbital … and we question the value” of NASA’s agreement to accept one less resupply mission under the contract, the report stated.

NASA’s associate administrator for human exploration and operations, William Gerstenmaier, concurred with six of the inspector general’s seven findings. The lone standout was one involving insurance at Wallops; Gerstenmaier said the correct procedures were followed.