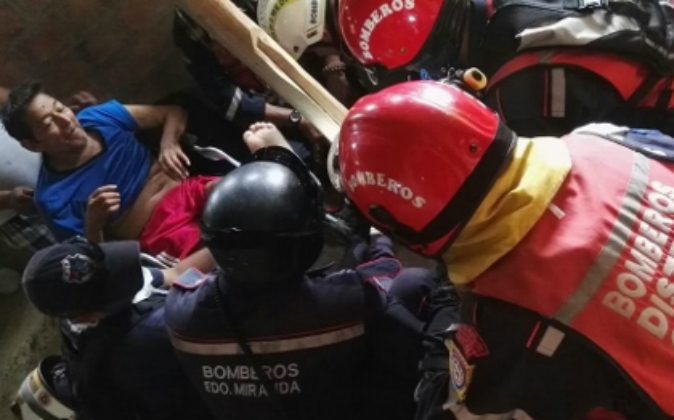 (Embassy of Venezuela in Ecuador)
News

Reports of a 72-year-old man being pulled from the rubble of a building 13 days after the Ecuadorian earthquake are not true, a top official told CNNEspanol.com.

61-year-old Manuel Jacinto Velazquez Vera was reportedly rescued by a Venezuelan rescue crew in a town called Jaramijo on April 29, according to the Venezuelan embassy in Quito.

But the report was untrue, said Felipe Bazan, Deputy National Secretary of Risks. Bazan told CNN that a Venezuelan team took the man to a medical center in Manta, Ecuador, due to a medical condition he had—not because of the earthquake.

Hospital manager Maria Beatriz Zambrano told CNN that Velazquez was undergoing dialysis treatment at the hospital and is now recovering.

Major media organizations in Ecuador and the United States reported that Venezuelan rescue crews heard sounds coming from underneath the rubble of a partially collapsed building, and that Velazquez had been trapped in the building since April 16.

It was also reported that he was found dehydrated and disoriented, and had lost several toes. In addition, the embassy said that Velazquez suffered from kidney failure and a urinary tract infection—claims which are now reported to have been false.

The 7.8-magnitude earthquake that killed at least 660 people last month left tens of thousands injured and dozens missing in Ecuador, and according to The Guardian, nearly 7,000 buildings were destroyed, and more than 26,000 people were left homeless.

Ecuadorian Vice President Jorge Glas called the event “the strongest quake we have faced in decades,” referencing the next largest quake in 1979—a 7.7 magnitude quake that killed at least 600 people and injured 20,000.