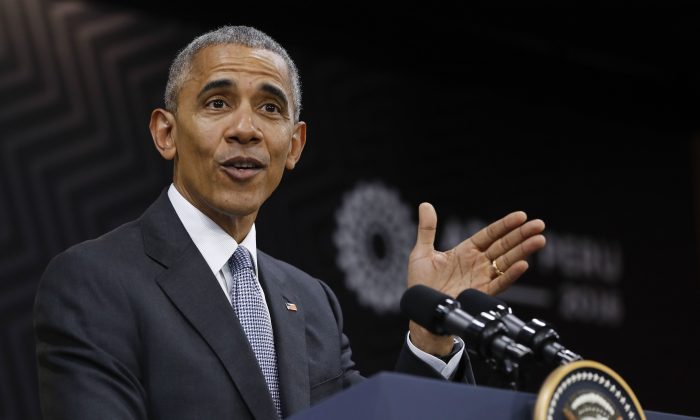 Could President Barack Obama enter the media business after he leaves office in January?

A new report from Mic.com editor in chief Jake Horowitz says that Obama could enter the media business when he’s finished in the government sector. Horowitz, who interviewed the president in the past, cited unnamed sources who told him Obama could enter the business—such as setting up a media firm or a Netflix show.

White House communications director Jen Psaki, however, said that Obama isn’t interested in entering the media business. “While the president will remain actively engaged in inspiring young people and he is interested in the changing ways people consume information, he has no plans to get into the media business after he leaves office,” she told Mic.com.

Psaki later tweeted that Obama, primarily, “is interested in the changing ways people consume info, but he has no plans to get into the media business after he leaves office.”

It comes after months of speculation leading up to Election Day that President-elect Donald Trump could set up a media outlet if his bid failed.

Obama also touched on the phenomenon of so-called “fake news” being spread via Facebook during the 2016 campaign.

“If we are not serious about facts and what’s true and what’s not … if we can’t discriminate between serious arguments and propaganda, then we have problems,” Obama said in November, according to The Hill.

In an interview with Rolling Stone magazine, the president revealed the Obama’s plans after Jan. 20, 2017.

“You know, I’m gonna sleep for a couple of weeks when I get out of here, take my wife on a well-deserved vacation. And I’ll spend time in my first year out of office writing a book, and I’m gonna be organizing my presidential center, which is gonna be focused on precisely this issue of how do we train and empower the next generation of leadership,” Obama was quoted as saying.

And if the Mic.com report about him leading toward getting into the media business is true, Obama may have explained what he plans to do in the Rolling Stone article.

“How do we rethink our storytelling, the messaging and the use of technology and digital media, so that we can make a persuasive case across the country? And not just in San Francisco or Manhattan but everywhere, about why climate change matters or why issues of economic inequality have to be addressed,” he said.