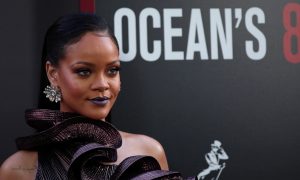 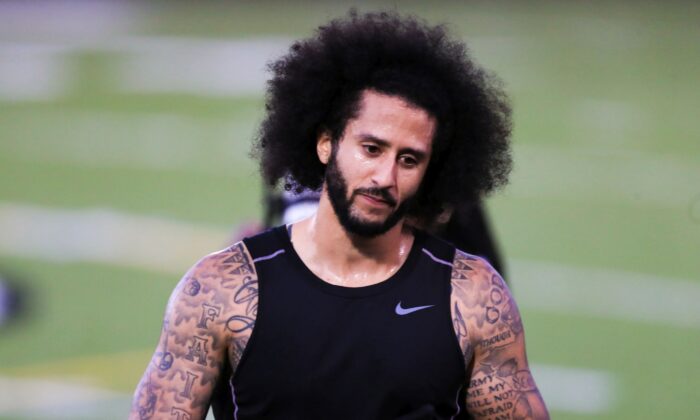 Report: No NFL Offers for Kaepernick After Public Workout

Colin Kaepernick’s representative said he isn’t optimistic about his client’s chances of getting signed by an NFL team following his public workout in Georgia.

“I hope so, but I don’t know,” agent Jeff Nalley told ESPN. “I’ll be honest, I’m a little bit pessimistic because I’ve talked to all 32 teams. I’ve reached out to them recently, and none of them have had any interest. I’ll tell you this: No team asked for this workout. The league office asked for this workout.”

An NFL source told NBC Sports on Monday that Kaepernick hasn’t received any offers from teams following the workout.

Hours before Kaepernick was to workout at the Atlanta Falcons practice facility, his camp moved the workout to a nearby high school after they didn’t approve the terms that the NFL set for the workout. They also said the NFL wanted Kaepernick to sign an “unusual liability waiver,” CBS Sports reported.

The NFL said about 25 teams were expected to have a representative watch the former San Francisco 49ers quarterback. Only eight teams ultimately showed up, reports said, according to the CBS report.

“I’ve got to tell you what, I’ve got to hand it to Colin. He stepped up, showed he’s in shape,” Nalley said. “I talked to the NFL people out here today. They said his arm talent is elite, that it’s the same as when he came out of college. I even asked them: ‘If you want to get him on a scale, see what he weighs.’ They said, ‘We don’t need to. He looks ripped. He looks in great shape.'”

Kaepernick, who filed a lawsuit against the NFL before the two parties settled, claimed the NFL is “running from the truth.”

Kaepernick is best known for kneeling in protest during the playing of the national anthem before games. The move triggered a backlash among fans and some threatened to boycott the league and its products.

A common refrain among pundits is that Kaepernick hasn’t played a game in nearly three years, and before that, his on-field play had been on the decline. Years before the kneeling controversy, he led the 49ers to a Super Bowl berth, losing to the Baltimore Ravens.

On Monday, ESPN commentator Stephen A. Smith criticized Kaepernick’s workout as a publicity stunt, and that Kaepernick doesn’t really want to play.

“So let me get this straight, Colin Kaepernick has been working out all this time, him, people in his camp, his loved ones—everyone’s saying he’s ready to play football, ‘He wants to play, just give him a chance.’ So what does the NFL do? Recognizing that teams need a shield, because they need something to hide behind, because they know that, guess what? ‘If we bring this brother in for a workout and we don’t want him, we don’t need him, who knows what we’re going to get accused of. We need cover!’ So the NFL provides that,” he said in a video on Twitter.

He doesn’t want to play. pic.twitter.com/ZuSI1IVW9r

“But, guess what?” Smith remarked. “It ain’t working this time.”