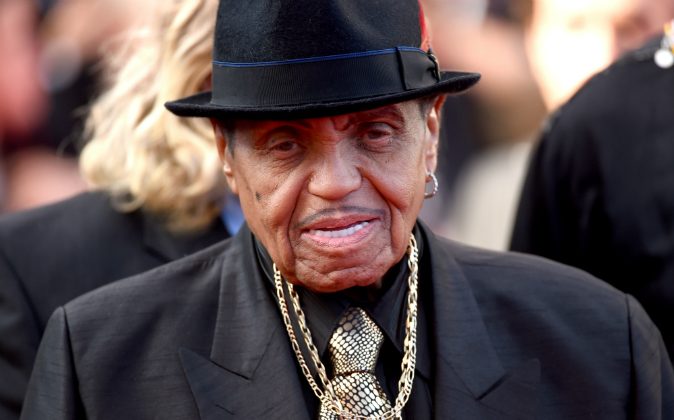 Joe Jackson, the father of Michael Jackson, has been hospitalized.

According to TMZ, “Joe was scheduled for some tests with his personal doctor Friday. However, Joe became weak during the tests and struck a high fever. We’re told that’s when his doc admitted Joe to the hospital … where he’s been ever since.” Jackson is reportedly in a Los Angeles hospital.

Jackson’s health has deteriorated in recent years. Last year, while visiting Brazil for his 87th birthday, Jackson suffered a stroke. He was hospitalized at Albert Einstein hospital in Sao Paulo for a few days, resulting in him missing his own birthday party.

The family patriarch was known to use tough tactics to discipline his children—particularly with superstar Michael.

In a 2010 interview with Oprah Winfrey, Jackson admitted to spanking his children and doesn’t see anything wrong with his choice of discipline.

“I don’t [regret the beatings],” he said. “It kept them out of jail and kept them right.”

He added in reference to Michael, “I don’t think he was afraid of me. What he was afraid of, he may do something wrong and I’d chastise him but not beat him. I never beat him like the media tried to say.”

Reports have suggested Jackson is estranged from most of his children. In a 2014 blog post, the 87-year-old expressed his love for daughter, Janet Jackson.

Janet Jackson Reportedly Has An Adult Daughter From Previous Marriage

“When I suffered 4 strokes last year, and was in the hospital recovering, only two people in my family traveled all the way to see [me] in the hospital. My granddaughter Brandi (Jackie’s daughter and my baby girl Janet. She sat right next to me as I lay in bed, spent time with me, talking about a lot together. It meant a lot to me,” he wrote. “I never tell you this, but I am proud of you Janet.”