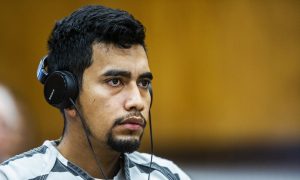 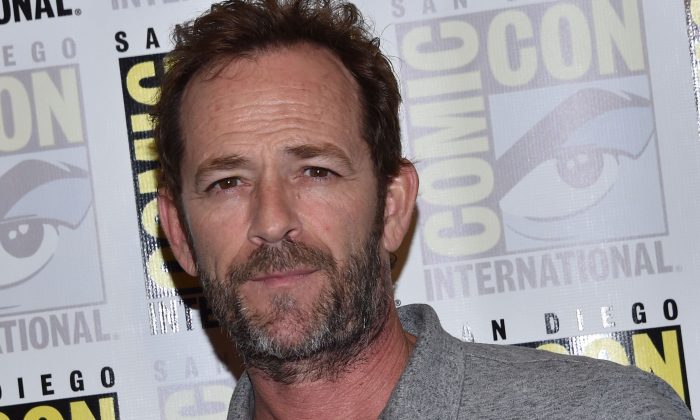 “He never regained consciousness,” the source told People magazine. “Things were so dire that they put him under heavy sedation. He was gone, basically, by the time he got to the hospital.”

He was hospitalized on Feb. 27 after suffering a stroke at his home in Sherman Oaks, California. Hospital officials said he was “under observation” and didn’t elaborate on his condition.

“Actor Luke Perry, 52, passed away today after suffering a massive stroke,” according to a statement from Perry’s spokesperson.

The spokesperson added: “He was surrounded by his children Jack and Sophie, fiancé Wendy Madison Bauer, ex-wife Minnie Sharp, mother Ann Bennett, step-father Steve Bennett, brother Tom Perry, sister Amy Coder, and other close family and friends. The family appreciates the outpouring of support and prayers that have been extended to Luke from around the world, and respectfully request privacy in this time of great mourning. No further details will be released at this time.”

My heart is broken. I will miss you so much Luke Perry. Sending all my love to your family. ❤ #LukePerry

A number of celebrities paid tribute to the actor, who appeared recently in “Riverdale,” after news of his death spread.

Luke Perry… you were a joyful and vibrant soul. You will be missed but most certainly your legacy will be remembered forever. Rest in love and peace, friend. #Riverdale

In a statement, Warner Bros. Television and the CW called Perry as “a beloved member of the Riverdale, Warner Bros, and CW family.”

“Luke was everything you would hope he would be: an incredibly caring, consummate professional with a giant heart, and a true friend to all. A father figure and mentor to the show’s young cast, Luke was incredibly generous, and he infused the set with love and kindness. Our thoughts are with Luke’s family during this most difficult time,” they told the Los Angeles Times.

Perry is slated to appear in the Quentin Tarantino-directed film “Once Upon a Time in Hollywood,” which is due for release in the summer.