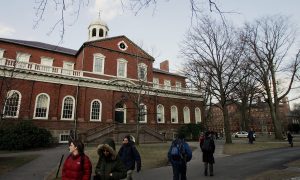 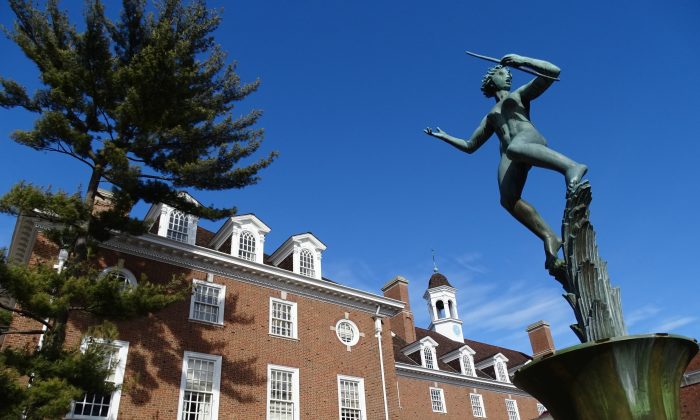 A conservative group has issued a report detailing a list of college courses they deem most egregiously advancing far-left agendas, many of which they say are academically lacking.

Young America’s Foundation (YAF), a self-described “outreach organization of the Conservative Movement,” has reviewed course offerings at dozens of America’s most prestigious colleges and universities since 1995 “to document the intellectual abuse and flat-out indoctrination” of students.

The “Gender in Gaming” course, for example, “examines the history of gender in video games, focusing on how movements such as #GamerGate, #RaceFail09, internet bullying, doxing, and trolling emerged as the coordinated effort to consolidate and maintain video games and geek culture as the domain of masculinity and whiteness,” according to the university’s description.

The university didn’t respond to several questions relating to the real-world usefulness of the course, or what its scientific and academic underpinnings are.

The complete YAF list (pdf) includes a plethora of courses delving into similar topics in addition to some particularly off-the-wall, like “Zombies: The Anthropology of the Undead” at Ohio State University.

“Many of the courses and descriptions listed in this year’s report may seem comical at first glance, but the situation that continues to unfold on America’s campuses is hardly a laughing matter,” Spencer Brown, the report’s author, said in a Feb. 18 release. “Beyond the inane, identity- and intersectionality-obsessed topics, these classes advance a liberal agenda, malign conservatives and their values, and shut out ideological diversity.”

YAF isn’t the only one ridiculing progressive academia. In October 2018, three academics released an essay on their experiment of submitting intentionally absurd or unethical research papers to left-wing journals.

In one paper, they rewrote parts of Adolf Hitler’s book “Mein Kampf,” infused it with far-left buzzwords, and made it a major part of a “research paper” that a ranked feminist-oriented journal accepted for publication.

Another paper was titled “Human Reactions to Rape Culture and Queer Performativity in Urban Dog Parks in Portland, Oregon.” It presented dog parks as “rape-condoning spaces and a place of rampant canine rape culture and systemic oppression against ‘the oppressed dog’ through which human attitudes to both problems can be measured.”

The paper suggested training men like dogs as a way of “interrupting masculinist hegemonies.”

It was published in “Gender, Place & Culture: A Journal of Feminist Geography.” The journal honored it as one of 12 leading pieces in feminist geography as a part of its 25th-anniversary celebration.

The journal retracted the paper after it was ridiculed online and The Wall Street Journal discovered that it was submitted under a false name—which also prompted the authors to halt their experiment.

Seven of the papers were accepted for publication and four were already published, they said, and estimated that three to five more papers probably would have been accepted if they hadn’t stopped the experiment.

“Although purposely biased and satirical, our papers are indistinguishable from other work in these disciplines. This is a big problem as this scholarship is taught in universities, taken up by activists, and misinforms politicians and journalists about the true nature of our cultural realities,” said one of the authors, Peter Boghossian, an assistant philosophy professor at Portland State University.

YAF’s other issue, with leftist bias on campus, has also gained traction.

In May 2018, a Harvard University student newspaper called for more diversity in hiring professors after a survey showed how overwhelmingly left-leaning the institution was.

The paper surveyed nearly all 1,000 of the professors and part-time lecturers at the Faculty of Arts and Sciences, the largest of Harvard’s seven, and found that more than 83 percent of them identified as liberal or very liberal, while only about 1.5 percent identified as conservative or very conservative.

“This stark divide has harmful effects on the university’s ability to train our nation’s leaders, and it risks alienating current and potential conservative students,” the paper stated. “It has also likely contributed to the declining trust of Americans in higher education, which has deleterious effects.”

American colleges lean strongly left in general, as only some 12 percent of undergraduate faculty identified as conservative, compared to almost 50 percent who identified as liberal. Another 11 percent identified as “far left” compared to 0.7 percent as “far right,” according to 2013–2014 data by the University of California–Los Angeles Higher Education Research Institute, which polls thousands of lecturers at hundreds of colleges across the nation every three years.

“This is by no means an exhaustive list of every biased or leftist course offered by the schools sampled, but should serve as an overview of the most egregious offenders,” Brown said. “The list of courses could have been far longer, but concerns for space and redundancy required inclusion of merely a sample.”