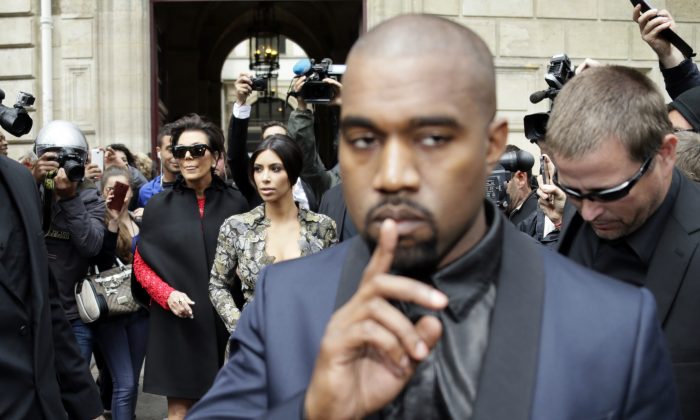 Kanye West in Paris on May 23, 2014. (KENZO TRIBOUILLARD/AFP/Getty Images)
Entertainment

Kanye West’s alleged breakdown and resultant hospitalization was triggered by the anniversary of his mother’s death, according to a report.

West was hospitalized last week for apparent exhaustion. He was supposed to be released on Monday, but reports said that he’s still in the UCLA hospital’s care as he isn’t well enough to leave.

Sources close to the rapper told TMZ that he hasn’t been able to get over his mother’s death, which occurred on Nov. 10, 2007.

The cancellation of West’s show at the LA Forum took place on the anniversary of her funeral, the report stated. He then called off his “Saint Pablo Tour” before he was hospitalized, with reports saying he suffered a nervous breakdown.

There is no new release date scheduled for West.

Before he was hospitalized, at two shows, West professed support for President-elect Donald Trump. He also publicly criticized Jay Z and Beyonce.

“It’s like who can he trust? You can’t trust anyone, even the people you’ve been paying to protect you. They haven’t been doing their jobs correctly,” he said. “I think Kanye got to a point when he was fearing for his life and for his family’s safety because of what went down in Paris—I think it took a toll on him.”

“He ends up walking about worrying and thinking, who’s going to do what to me?”