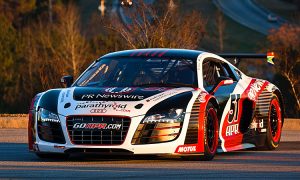 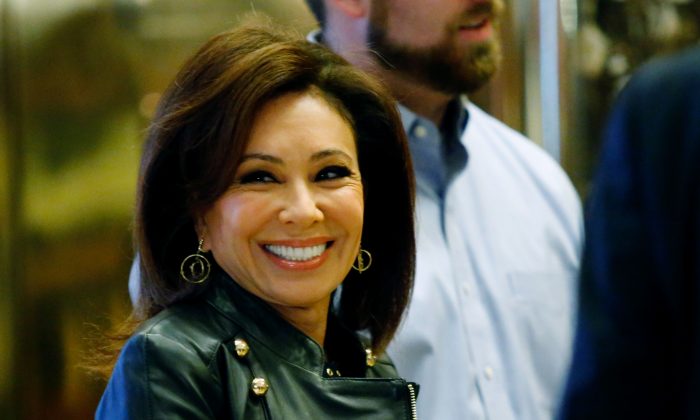 Judge Jeanine Pirro will be kept off Fox News for another week following remarks she made about Rep. Ilhan Omar (D-Minn.) several weeks ago.

The move was denounced by President Donald Trump over the weekend, who said the network’s ratings would plummet if it turned away from Pirro as well as fellow conservative host Tucker Carlson in the midst of “radical left” outrage.

Fox News has not issued any public comments about the matter.

According to Variety magazine, she’ll be “off the Fox News schedule for a second week.” The Los Angeles Times reported that she will return back on the air on March 30.

CNN also reported that she would be suspended for a total of two weeks.

Pirro is under fire for her comments about a Muslim congresswoman.

What Did She Say?

During a March 9 broadcast, Pirro made comments about Omar. “Is her adherence to this Islamic doctrine indicative of her adherence to Sharia law, which is antithetical to the U.S. Constitution?” she asked.

Fox News condemned her statement. “We strongly condemn Jeanine Pirro’s comments about Rep. Ilhan Omar,” the network said. “They do not reflect those of the network and we have addressed the matter with her directly.”

In another statement, Pirro tried to clarify her remarks.

“I’ve seen a lot of comments about my opening statement from Saturday night’s show and I did not call Rep. Omar un-American,” she said. “My intention was to ask a question and start a debate, but of course because one is Muslim does not mean you don’t support the Constitution. I invite Rep. Omar to come on my show any time to discuss all of the important issues facing America today.”

She made the remarks after Omar issued tweets that many described as anti-Semitic, drawing condemnation from Jewish groups.

In a series of tweets, the president called on Fox to stay strong in the face of backlash.

“Bring back @Judge Jeanine Pirro,” President Trump tweeted Sunday. “The Radical Left Democrats, working closely with their beloved partner, the Fake News Media, is using every trick in the book to SILENCE a majority of our Country. They have all out campaigns against @FoxNews hosts who are doing too well.”

A number of Twitter users, meanwhile, said they would boycott Fox News if she was fired.

Additionally, Trump said Fox should “stay strong and fight back with vigor. Stop working soooo hard on being politically correct, which will only bring you down, and continue to fight for our Country. The losers all want what you have, don’t give it to them. Be strong & prosper, be weak & die!”

“Keep fighting for Tucker, and fight hard for @JudgeJeanine. Your competitors are jealous—they all want what you’ve got—NUMBER ONE. Don’t hand it to them on a silver platter. They can’t beat you, you can only beat yourselves!” he wrote.

Fox announced that it created a new company, Fox Corp., after 21st Century Fox was sold off to Disney this week.

“We are thrilled to welcome our new colleagues to the Fox board,” Lachlan Murdoch said in a statement carried by Fox News. “We look forward to working with and being guided by them as we begin a new chapter, steadfastly committed to providing the best in news, sports, and entertainment programming.”