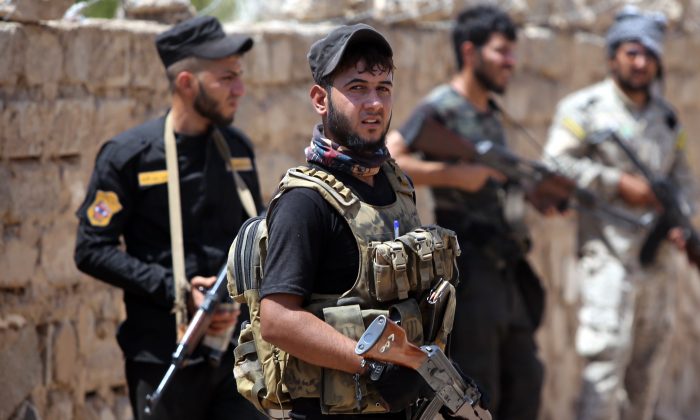 Report: ISIS Suspected of Mustard Attack Against US Troops

The ISIS terrorist group may have used chemical weapons against U.S. and Iraqi troops in northern Iraq, according to a report from CNN, citing unnamed U.S. officials.

ISIS forces reportedly fired an artillery shell or a rocket that might have contained a mustard agent onto an Iraq military base. No American soldiers were injured or have showed symptoms of exposure to mustard, CNN reported.

U.S. troops tested it, showing an initial reading of the mustard chemical agent.

World Leaders to Focus on Refugee Crisis and Syria at UN

An official described the agent as “low purity,” and it was “poorly weaponized,” while another unnamed official said it was “ineffective.” The substance will be sent to a lab for further evaluation, CNN reported.

Involved American troops went through a decontamination shower as a precaution.  They showed no signs of exposure to mustard, which is known to form large blisters on the skin and lungs.

Sulfur mustard, commonly known as mustard gas, was infamously used during World War I. Later, during the 1925 Geneva Protocol, a ban was placed on the usage of chemical and biological weapons in armed conflicts.

In the 1980-1988 Iran-Iraq War, Iraqi dictator Saddam Hussein’s forces used mustard gas, sarin, and other forms of chemical warfare against Iran and against Iraqi rebels.

More recently, Syrian government and opposition forces have accused one another of using chemical weapons during the country’s civil war. In 2013, the United Nations confirmed the use of sarin—but it’s unclear which side was responsible.

Earlier in 2016, ISIS has been accused of using mustard gas against Syrian regime forces in battles for the eastern city of Deir ez-Zor. “The terrorists fired rockets carrying mustard gas,” according to a statement from state-owned Ikhbariyah television station at the time.

As CNN reported on Wednesday, U.S. officials claimed they expected that ISIS might use chemical weapons against American and Iraqi forces as they push towards Mosul to take the city back from ISIS.