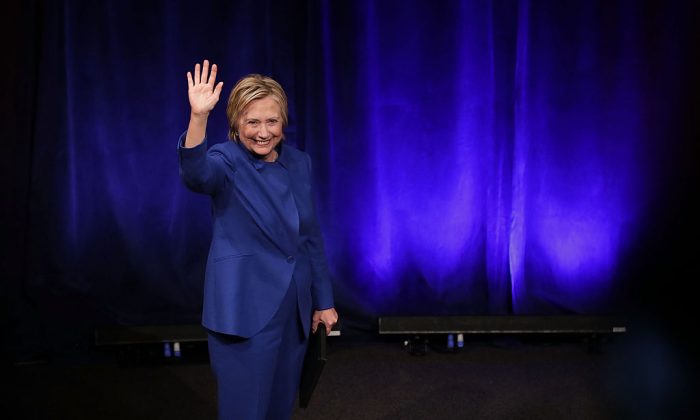 President-elect Donald Trump defeated Clinton by about 22,000 votes in the battleground state, but Stein last week called for the recount despite getting about 1 percent of the vote. She suggested that fraud or technological glitches may have compromised the state’s voting results.

Wisconsin started recounting its ballots on Thursday, according to the state.

According to the Daily Caller, Menominee County fully reported its recounted results on day one of the recount. It gave 17 votes to Stein and 12 to Gary Johnson, the Libertarian Party nominee. It removed two votes from Trump and one from Clinton, meaning Clinton generated one extra vote in the entire county.

“Anytime there’s a canvass or a recount there’s slight adjustments, but I don’t think you’re going to see a significant adjustment,” the Republican governor told The Associated Press.

He added that the state is open to changing laws to prevent minor candidates, such as Stein, from calling for recounts in the state.

Michigan Board to Hear Trump’s Challenge to Recount Effort

At around 10 a.m. on Friday, Trump’s team filed a federal lawsuit to try and stop the recount.

The lawsuit and request for a temporary restraining order was filed late Thursday in federal court in Madison. It was filed by the Great America PAC, the Stop Hillary PAC and Wisconsin voter Ronald R. Johnson.

The lawsuit contends that the recount that started Thursday threatens the due process rights of Johnson and others who voted for Trump. Trump won Wisconsin and the recount was requested by Green Party presidential nominee Jill Stein.

Clinton’s team said last weekend that they would partake in Stein’s recount efforts—to the chagrin of Trump, who blasted the move as being hypocritical.