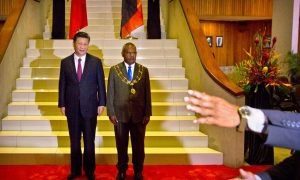 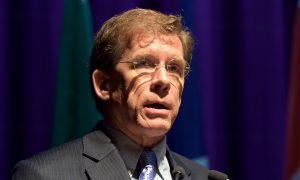 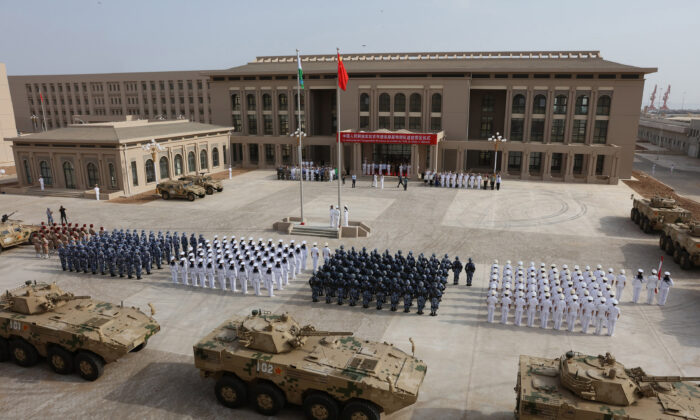 A recent Australian report has illuminated the Chinese regime’s intention to rival other major powers, including the United States, Australia, and Japan, in the Indo-Pacific region.

Chinese influence and investment in the region, some of which is carried out through its foreign policy initiative known as “One Belt, One Road” (OBOR, also known as “Belt and Road”), can have “financial, strategic, and sovereignty implications” since countries could take on unsustainable Chinese debts, the report said.

China established OBOR in 2013 to build up Beijing-centered land and maritime trade networks by financing infrastructure projects throughout Southeast Asia, Africa, and Europe.

In 2017, Sri Lanka handed over control of its key port of Hambantota to Beijing in a 99-year lease, to pay off more than $1 billion in debt for the port project. The incident has been seen as a case-study in the regime’s “debt-trap diplomacy,” the report noted.

The Pacific Island states of Tonga, Samoa, and Vanuatu, “appear to be among those most heavily indebted to China anywhere in the world,” the report stated.

The regime also intends to exert some military influence through OBOR. According to the report, China’s Defense Minister Wei Fenge in 2019 told a gathering of military leaders from the South Pacific and the Caribbean in Beijing how OBOR would provide a “framework” for military cooperation.

In 2018, both the United States and Australia were alarmed when Vanuatu signed a $100 million port project with China with possible military applications, although both countries denied the agreement involved building a Chinese military base, the report said.

“China also has growing economic and demographic interests in each region [Pacific and Indian Oceans] that could drive future military responses. Growing investments, including as part of the [OBOR], create new interests to be protected,” it said.

Beijing has a clear diplomatic and strategic agenda in South Asia, including interest in the region’s fish stocks and minerals, much at the expense of U.S. allies Australia and Taiwan, the report stated.

Additionally, for Australia, any Chinese military facility would be a “significant threat,” particularly to the key sea lanes that link the country to the United States.

In a February 2018 article, ASPI pointed out that Australia was dependent on trade routes in Southeast Asia, including important choke points such as the Strait of Malacca, as well as the Sunda and Lombok straits. If these routes and those in the East and South China seas became contested waters, the country would need to secure alternative routes through the Banda Sea and the east of Papua New Guinea—both of which are located to the north of Australia.

“The recent switching of diplomatic allegiance from Taiwan to China by Solomon Islands and Kiribati underscores the difficulties of the China challenge, when Beijing is willing to offer large sums of money to small states,” the report said.

Beijing considers Taiwan a renegade province to be united with the mainland, with military force if necessary, even as the island is a de facto independent polity with its own military and democratically elected officials.

The Chinese regime has taken different tactics to diminish Taiwan’s legitimacy as a state. In recent years, it’s lured away Taiwan’s diplomatic allies with Chinese investment and loans—in what critics call “dollar diplomacy.”

Chinese criminals have set up operations in Pacific Islands countries. According to the report, Chinese human traffickers have used Palau and Fiji as transit points for other destinations within the region.

The Chinese regime now has control of several ports in the Indian Ocean, including Pakistan’s Gwadar port, Maldives’ Feydhoo Finolhu port, and Sri Lanka’s Hambantota—as well as a military base in the small African country of Djibouti.

“We should expect the opening of other bases (or at least logistical support facilities) in the future in the western, central, and eastern Indian Ocean,” the report stated, given the regime’s dependence on trade routes in the region, particularly through the Strait of Malacca, to ship its energy imports.

Similar to the South Pacific, the Indian Ocean’s rich fish stocks are also of interest to China.

“Madagascar, with weak governance institutions and significant natural resources, also has the potential to become the target of predatory initiatives from China,” the report stated. It said there have been “non-transparent attempts” by Chinese companies to obtain fishing rights in the East African country’s exclusive economic zones.

All of the small nations in both Indian and the Pacific Oceans are vulnerable when dealing with bigger countries, the report said.

“Their size and institutional weaknesses also place island states at a big disadvantage in dealing with large countries that may seek to gain undue economic or political influence,” it said.

The report offered several suggestions for these nations.

“The Indo-Pacific island states should work together to strengthen regional norms that will help them resist economic coercion and enhance transparency in decision-making,” it said.

The report also called on Australia, Japan, India, and the United States to coordinate their coast guard agencies to offer assistance to island and littoral nations.