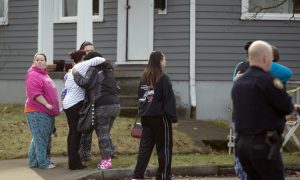 Portland School Shooting: "The nexus of it had to do with gang activity," Says Official
0 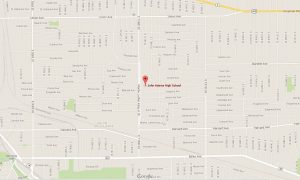 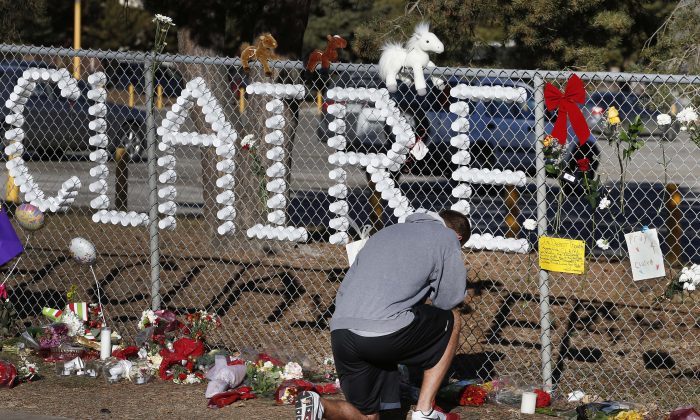 In this Dec. 16, 2013, file photo, Parker Semin, a 2011 Arapahoe High School graduate, prays at a makeshift memorial bearing the name of student Claire Davis, who was shot by Karl Pierson, a classmate during school three days earlier in an attack, in front of Arapahoe High School in Centennial, Colo. Legislation to allow lawsuits against Colorado schools for cases of violence was signed into law Wednesday, June 3, 2015, by Gov. John Hickenlooper. (AP Photo/Brennan Linsley, File)
US

DENVER—Administrators at a suburban Denver high school dismissed increasingly obvious warning signs that a troubled student was a threat before he killed a classmate and himself two years ago, a report released Monday shows.

Arapahoe High School staff poorly gauged the rising threat Karl Pierson, 18, posed months before he stormed the school with a shotgun, a machete and homemade bombs and shot Claire Davis, 17, in December 2013, according to the 141-page report by the University of Colorado’s Center for the Study and Prevention of Violence.

The shooting might have been prevented if school staff had kept detailed and more widely accessible records documenting concerns over Pierson, the report says. Administrators also failed to thoroughly investigate threats he made.

Davis’ parents sought the study as part of an agreement that they would not sue the school district in exchange for information about the shooting. Michael and Desiree Davis have long believed the school missed Pierson’s repeated red flags, and successfully pushed for legislation to allow lawsuits against Colorado schools when there are shootings or other violence.

“The angry young man that murdered our daughter was a student in crisis who desperately needed guidance in a different direction from the one he pursued,” the Davises wrote in a message included in the report. “The lesson to learn is not that our schools should be less tolerant and more punitive, rather that our schools are now, as never before, in a unique position to identify and secure help for troubled students.”

Authorities have said Pierson held a grudge against his debate coach and was targeting him. He first shot Davis, who was with a friend in a hallway, before taking his own life in the school library as security officers closed in on him. The coach, Tracy Murphy, escaped unharmed.

Brian Ewert, who became Littleton Public Schools superintendent last year, said he agreed with the study’s findings, and administrators will “learn from the missed opportunities we had to disrupt Karl Pierson’s path to violence.”

“There were warning signs, each in isolation and to some degree disconnected,” Ewert wrote in an email to The Associated Press. “The challenge was connecting the many isolated incidents into a significant threat; the district and the school failed to connect the dots.” No single teacher or administrator had a complete record of Pierson’s problems throughout high school.

School officials deemed Pierson not a danger after a staffer overheard him in a school parking lot threatening to kill Murphy on Sept. 3, which left Murphy so fearful he considered resigning. Pierson was not suspended and was allowed to return to class less than a week later.

The assistant principal who assessed Pierson was never trained in the district’s threat-assessment protocol, nor was the principal and most of the staff, the study concluded. Administrators then failed to meaningfully follow-up with Pierson or create a support and safety plan that might have thwarted his violence, the report says.

The report points to more than a dozen other failures by school officials, including the decision not to take action after Pierson had a startling outburst in his Spanish class just two days before the shooting. After a student locked him out, he pounded on a locked classroom door so hard that teachers in other classrooms could hear him.

The school district has already made some changes, Ewert said. Among dozens of recommendations, the study says the district should promote an environment where staff feel free to report concerns and mistakes without fear of punishment.