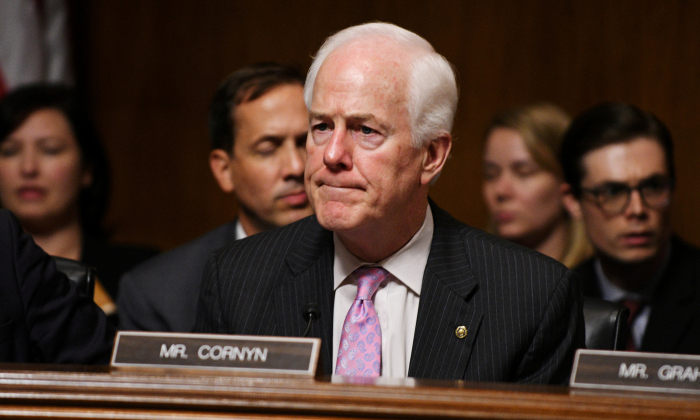 Sen. John Cornyn (R-Texas) told The Hill over the weekend that voters in his state are not paying it much attention.

“Alaskans are not paying much attention to the House impeachment drama,” Murkowski told the news outlet.

“They’re seeing the headlines in their paper and know that it’s underway but I’ve been checking in with my staff that are working the phone lines, not just here in D.C. but around the state. I check the mail traffic coming in and it is not something that is occupying the waking hours of Alaskans right now,” Murkowski said.

She said her staff is tracking the public hearings and giving her updates.

“I got a download from yesterday and I will continue to get the highlights,” she said after the first two State Department officials, George Kent and Bill Taylor, offered their testimonies.

Several days ago, more GOP senators indicated that they wouldn’t be watching the public hearings, saying they have other items of business to take care of.

A top member of the Senate Foreign Relations Committee, Sen. Ron Johnson (R-Wis.), said on Sunday that the officials who gave information to the whistleblower at the center of the impeachment proceedings “exposed things that didn’t need to be exposed.”

“It’s going to be very difficult for future presidents to have a very candid conversation with a world leader because now we’ve set the precedent of leaking transcripts,” he told NBC’s “Meet the Press.” “The weakening of executive privilege is not good. And by the way, these individuals that leaked this, if their interest was a stronger relationship with Ukraine, they did not accomplish this. Having this all come out into public has weakened that relationship and exposed things that didn’t need to be exposed.”