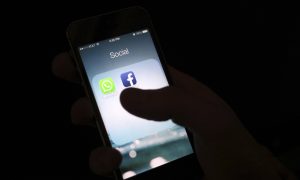 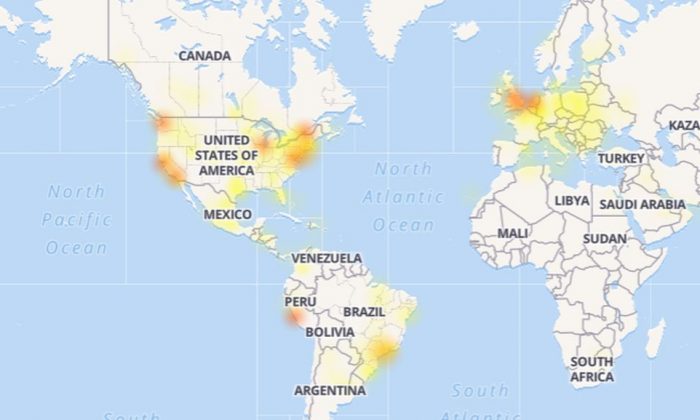 A number of Facebook, Instagram, and WhatsApp users have said the websites are down. (Downdetector)
Tech News

After Facebook suffered its worst outage in recent memory, the social media giant reportedly blamed the problem on a “database overload.”

A source told NBC Bay Area news anchor Raj Mathai on March 13 that the database got “overloaded,” and “we are racing to spin up new machines as others go down.”

EXCLUSIVE: #Facebook and #Instagram outage due to database problems. #FB database ‘overloaded’. ‘We are racing to spin up new machines as others go down. Mostly resolved…but it takes time.” (per FB internal source) @nbcbayarea

On Twitter, Facebook said early in the outage that it is “focused on working to resolve the issue as soon as possible, but can confirm that the issue is not related to a DDoS attack.” There were rumors and speculation about the social media website and app being hacked.

As of March 14, Facebook has not issued a statement as to the cause of the outage. Instagram announced it was back online.

According to DownDetector.com as of March 14, there were still “problems at Facebook.”

“Facebook isn’t opening again on a web browser. Nothing comes up,” wrote one woman at around 10:30 a.m. ET.

According to the BBC, the 14-hour outage was the worst in Facebook’s history. “The last time Facebook had a disruption of this magnitude was in 2008, when the site had 150 million users—compared with around 2.3 billion monthly users today,” the website reported.

People took to Twitter to complain about the downtime.

fb is back up and this is the first meme on my feed: #FacebookDown pic.twitter.com/GqH55gvtz5

“Facebook for personal use is fine – but what happens when we rely on large companies such as this to provide business services?” she said. “I’m trying to communicate with my team in New York. Facebook Workplace is our only channel for [communication] with the exception of email.”