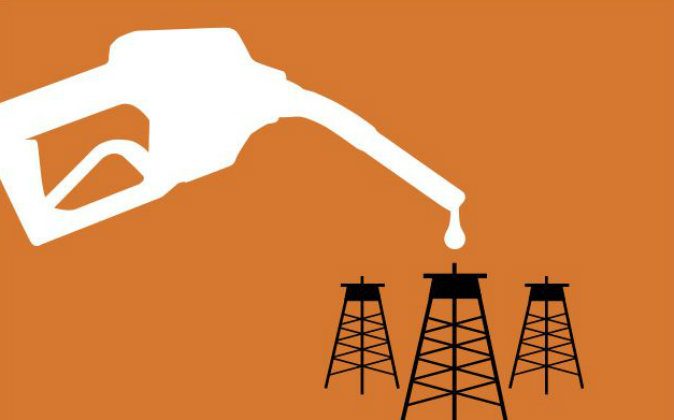 An analysis by an environmental group finds hundreds of cases in which drillers used diesel fuel without obtaining permits and sometimes altered records disclosing they had done so.

A new report charges that several oil and gas companies have been illegally using diesel fuel in their hydraulic fracturing operations, and then doctoring records to hide violations of the federal Safe Drinking Water Act.

The report, published this week by the Environmental Integrity Project, found that between 2010 and July 2014 at least 351 wells were fracked by 33 different companies using diesel fuels without a permit. The Integrity Project, an environmental organization based in Washington, D.C., said it used the industry-backed database, FracFocus, to identify violations and to determine the records had been retroactively amended by the companies to erase the evidence.

The Safe Drinking Water Act requires drilling companies to obtain permits when they intend to use diesel fuel in their fracking operations. As well, the companies are obligated to notify nearby landowners of their activity, report the chemical and physical characteristics of the fluids used, conduct water quality tests before and after drilling, and test the integrity of well structures to ensure they can withstand high injection pressures. Diesel fuel contains a high concentration of carcinogenic chemicals including benzene, toluene, ethylbenzene and xylene, and they disperse easily in groundwater.

FracFocus is an online registry that allows companies to list the chemicals they use during fracking. At least 10 states, including Texas, Colorado and Pennsylvania, mandate the use of the website for such disclosures.

The report asserts that the industry data shows that the companies admitted using diesel without the proper permits. The Integrity Project’s analysis, the report said, then showed that in some 30 percent of those cases, the companies later removed the information about their diesel use from the database.

“What’s problematic is that this is an industry that is self-reporting and self-policing,” said Mary Greene, senior managing attorney for the environmental organization. “There’s no federal or state oversight of [filings with FracFocus].”

The FracFocus website currently has no way to track changes to disclosures. The Integrity Project noticed the changes when it compared newer disclosures to those in older FracFocus data purchased from PIVOT Upstream Group, a consulting firm in Houston.

Energy In Depth, the communications and research arm of the Independent Petroleum Association of America, published a lengthy response to the Integrity Project’s report and criticized it for including diesel use that occurred prior to a 2014 Environmental Protection Agency rule clarifying the types of chemicals considered “diesel fuels.”

Energy In Depth said the Integrity Project was “retroactively changing the definition of diesel fuel in order to malign more operations for engaging in an activity (a “diesel frack”) that did not occur.”

In its response, Energy In Depth also pointed out that in some cases companies may have provided incorrect data to the FracFocus website and were seeking to correct it, not skirt the law.

“We no longer use the contract completions crews that used very small trace amounts of kerosene and a hydrocarbon distillate on five wells more than three years ago,” said John Christiansen, director of external communications at Anadarko Petroleum Corp., one of the companies listed in the report. “Since 2011, there has been no re-occurrence, and we remain in compliance with EPA regulations,” he said in an email to ProPublica.

The report found that six companies had changed disclosures for wells; Pioneer Natural Resources accounted for 62 of the changes. Tadd Owens, vice president of governmental affairs at Pioneer said most of these changes were made because of “coding errors” while submitting data to FracFocus.

“We did use trace amounts of kerosene in 2011 prior to when the EPA issued guidance. The rest of the wells on the list are coding errors and we have an ongoing internal quality control process [to identify them],” he said.

For many years fracking industry groups insisted their member companies never used diesel fuels in their operations. Then, in 2011, a congressional investigation found that in fact between 2005 and 2009, 12 companies had injected 32 million gallons of diesel fuel or fracking fluids containing diesel fuel in wells in 19 states.

The industry groups then shifted their argument, declaring that they could not be in violation of federal regulations in their use of diesel fuels because the EPA had never adequately spelled out exactly what exact kinds of fuels were barred.

Indeed, in a 2011 email to ProPublica, Halliburton, a company listed in the congressional investigation as having used 7.2 million gallons of diesel fuel, said it had not violated any laws “because there are currently no requirements in the federal environmental regulations that require a company to obtain a federal permit prior to undertaking a hydraulic fracturing project using diesel.”

The EPA then acted to make its enforcement authority explicit, and earlier this year finalized more detailed regulations governing the use of diesel fuels in fracking operations.

In February 2014, after the EPA released its rule, Lee Fuller, the vice president of government affairs at the Independent Petroleum Association of America, stated that the rule was “a solution in search of a problem.”

“Based on actual industry practices, diesel fuel use has already been effectively phased out of hydraulic fracturing operations,” Fuller said.

“Halliburton is working with state regulators and customers to be sure all [FracFocus] reports are accurate,” said Emily Mir, a spokeswoman for the company. Mir would not comment on whether Halliburton informs drillers that purchase its products that they are required to obtain a permit before diesel fuel can be used for fracking.

Naveena Sadasivam is a reporting intern at ProPublica. This article was republished with permission from ProPublica. Read the original.