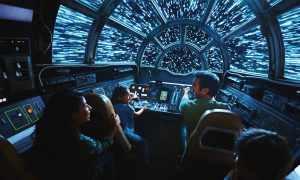 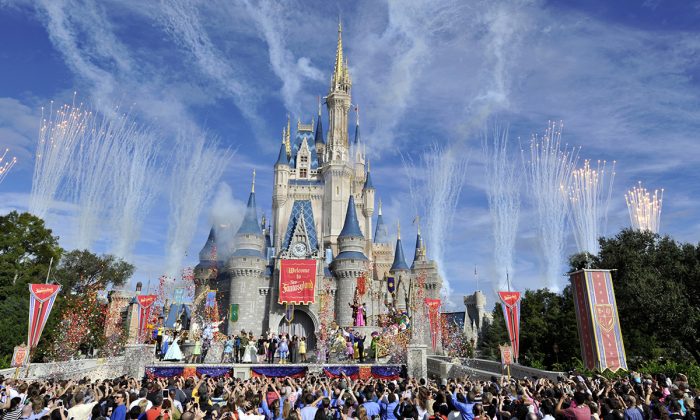 Disney World has essentially been rendered a “ghost town” after Hurricane Dorian brushed up against the Florida coast this week.

Photos shot at the Orlando, Florida-based theme park showed there were few people there during the busiest time of the year, reported the New York Post.

The pictures captured the front of the famed Cinderella Castle, where there weren’t any lines for rides near the boulevards.

Disney World was shut down for a time before Dorian approached the coast of Florida. It has since reopened as the storm had little impact on the Sunshine State. But the storm is now lashing the Carolinas and Georgia.

Park officials said that Disney officials are expecting attendance to spike over the next weekend as people rescheduled their visits.

The devastation wrought by Dorian—and the terror it inflicted during its day-and-a-half mauling of the Bahamas—came into focus Wednesday as the passing of the storm revealed a muddy, debris-strewn landscape of smashed and flooded-out homes on Abaco and Grand Bahama islands. The official death toll from the strongest hurricane on record ever to hit the country jumped to 20, and there was little doubt it would climb higher.

With a now-distant Dorian pushing its way up the Southeastern U.S. coast, menacing Georgia and the Carolinas, many people living in the Bahamas were in shock as they slowly came out of shelters and checked on their homes, according to The Associated Press.

Getting some pictures into the office of the damage in Emerald Isle, NC caused by a tornado around 9 AM this morning. We thinking of those that have suffered damage. PLEASE have multiple ways to receive warnings the next 24 hours! pic.twitter.com/UbU68ww4V4

As it nears the Carolinas and Georgia, Dorian has weakened to a Category 2 hurricane, according to The Weather Channel.

“Getting some pictures into the office of the damage in Emerald Isle, NC caused by a tornado around 9 AM this morning. We thinking of those that have suffered damage. PLEASE have multiple ways to receive warnings [for] the next 24 hours!” wrote the agency.